Have you recently ordered a smartphone, tablet or computer? If so, you may be waiting longer than usual for it now. The delivery times run from several weeks to months, instead of a few days. Intel, as a manufacturer of much sought-after chips, let us know that this problem will not disappear for the time being.

2021 is a year characterized by unprecedentedly high demand for chips and a limited supply chain, according to Intel chief executive Pat Gelsinger. As a result, shortages are occurring, causing many products to take longer than usual to arrive. This applies to a smartphone, but also PlayStations and more.

Smartphone poorly available for the time being

These shortages will continue through at least 2022, according to Gelsinger’s forecast. And we must also take into account that we will still have to deal with this in 2023. When we finally get out of the pandemic, and move on to an endemic, we will still feel the aftermath in the consumer market. 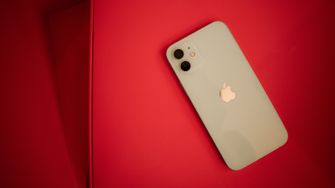 Back of the smartphone (Image: Mark Hofman / OMT)

Meanwhile, the Intel chief let it be known that the company is holding its own in these bizarre times. And that plans to open new factories are still on track. Among other things, there will be a mega-factory in Ohio. Initially it will be just the building; later the necessary equipment will be added.

So for the next two years, we have to expect that all kinds of products, such as a new smartphone, will be poorly available. This affects all sorts of things. For example, certain smartphone manufacturers are releasing fewer types of smartphones per year, and Samsung put a line on the Note line, for example.

And while companies like Intel are doing good business and delivering what they can deliver, meanwhile, other companies are seeing revenue go up in smoke. Take, for example, that aforementioned PlayStation. It’s so poorly available that sales from that product are likely to be much lower than Sony expected.