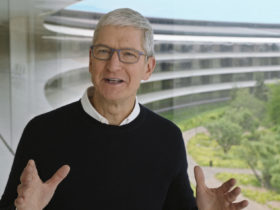 Apple History is the perfect gift for true enthusiasts

We are eagerly awaiting Apple’s October event. The American company is expected to release new Mac models and iPad models next month. Something that seems to be confirmed today by Logitech.

Indeed, on its own website, the company is advertising the Crayon Digital Pencil: an accessory intended for two iPad models that we don’t yet know about at all.

Is Logitech leaking out the new iPad models?

It’s clunky, but certainly not unique. Logitech has inadvertently already posted a new accessory of the upcoming iPad models in its web shop. It is the Crayon Digital Pencil, which is intended for both the sixth-generation 12.9-inch iPad Pro and fourth-generation 11-inch iPad Pro.

In addition to the unannounced iPad models, existing models are also listed as supported devices. The only difference between these and the upcoming models is that it says Coming Soon. 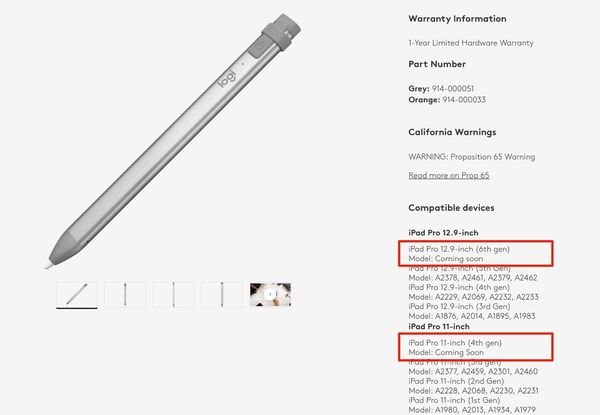 Of course, the reference to the new iPad Pro models has already disappeared.

Apple is expected to host another event in October. Whereas with Far Out it focused on the Apple Watch and iPhone 14, this time the company is tackling the Mac and iPad. This is part of the reason why, for example, the operating systems, macOS 13 Ventura and iPadOS 16, are not yet available.

It is surprising, however, that only two new Pro models can be found on Logitech’s website. Apple is also expected to provide the entry-level iPad with a completely updated design. One that is in line with the current Pro, Air and mini models. So, via this route, doubts arise about the introduction of Pencil support for that model. By the way, the leaked design can be found here.

Wondering when Apple will release macOS 13 Ventura and iPadOS 16? The company gaaf answered that today, rather vaguely. You can find that answer in the article below that we published earlier today.