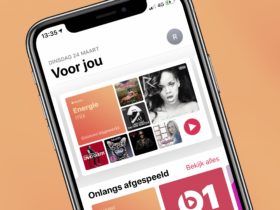 iPhone and iPad users will have access to a component of the Google One subscription, previously available only on Android. The subscription provides access to additional space on Google Drive and an improved customer service experience. But that’s not all: you can also use the VPN service.

To access the VPN service, you do need to purchase the most expensive subscription from Google. You then pay 9.99 euros per month or 99.99 euros per year for 2 TB of online storage space. In addition, you get some extra benefits as a member and thus access to that service. But previously, that only applied to Android users.

iPhone and iPad on Google’s VPN

As a user of an iPhone or iPad, it is now possible to use the VPN, Google announces on its blog. Currently, this is only possible in the United States, Canada, Germany, Austria and the United Kingdom. Unfortunately, the option is not yet available in the Netherlands and Belgium.

In addition, Google does not disclose when it will be. So we’ll have to wait a little longer for it. If you are an iPhone or iPad user interested in the service or this specific subscription, then you now know that Google is working on it. That’s the reassurance you’ll have to make do with for now.

The big question now is to what extent iPhone and iPad users are waiting for this. When they download the most recent version of the iOS or iPadOS, they get access to iCloud Private Relay. This is a paid component within iCloud, which also encrypts internet traffic.

If you do potentially switch to Google’s VPN soon, know that the company does not store, track or sell your browser data. In the future, the search giant plans to offer the same service for macOS and Windows. But for now, it’s sticking to the iPhone and iPad, and Android phones.