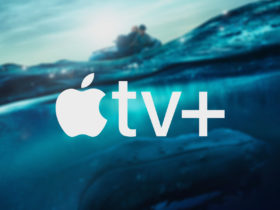 With your iPhone, you can make great videos. Don’t you believe it? Steven Spielberg is now giving you the perfect example.

I may sound like a grandfather now, but of course in the old days you needed a separate camera with a tape to capture your best moments. Nowadays you take your iPhone out of your pocket, press record and you go straight to work. Handy of course if you want to film something quickly, but despite all the features the picture is sometimes not too good. Is that because it is not a professional camera? No, because Steven Spielberg now shows you how it should be done.

Steven Spielberg joined forces with musician Marcus Mumford and also got a little help from his wife Kate, who is a graphic designer. Together they made a music video for the first solo song by Mumford, who you may know as the lead singer of Mumford & Sons.

Who is Steven Spielberg?

Steven Spielberg is perhaps the most famous director in Hollywood. He knows how to make great movies out of even the simplest stories. He is responsible for such classics as E.T., Jurassic Park, Saving Private Ryan and Schindler’s List. His films won him three Oscars.

Filming with an iPhone

You might expect an entire Hollywood production with Spielberg and Mumford, but nothing could be further from the truth. The entire video was filmed with an iPhone. What makes it even more special is that it is a single-take. That means that it was not cut. During filming, Spielberg is wheeled around on an ordinary office chair in a high school gym.

On Sunday, July 3rd in a high school gym in New York, Steven Spielberg directed his first music video, in one shot, on his phone. Kate Capshaw was the almighty dolly grip. pic.twitter.com/9KUvONG4u3

What is immediately striking about shooting with the iPhone is that the image is very stable. To create a more dramatic image, the director uses a black and white filter. The texts in the image were designed by Spielberg’s wife.

Exactly which iPhone Steven Spielberg uses is unknown. Nevertheless, the video mainly shows that you don’t need expensive equipment to make a good video. You can see the result below!