macOS Monterey 12.2, the update available for Macs since last week, is causing problems. For example, the batteries of MacBooks running the operating system run down incredibly quickly.

Through various avenues, consumers are reporting the problems. For example, the combination between a Bluetooth connection and the new operating system seems to be causing problems. Even when an affected Macbook is in sleep mode.

It doesn’t matter exactly which MacBook you have, but when you have macOS 12.2 installed you can quickly run into problems. At least, that’s the conclusion that can be drawn after many different reports surfacing on the Internet. Consumers report that the battery of their MacBook drains faster than normal and even loses percentage when it is in sleep mode. For example, one user reported putting their laptop into sleep mode with 100% battery, only to find it the next day with 0% battery.

There are several reports that have one thing in common: macOS Monterey 12.2 as the operating system. The operating system was released last week and has now been installed by a large group of users. And then an underlying problem sometimes surfaces. For example, this problem is discussed extensively on Twitter, Reddit and the MacRumors forum. 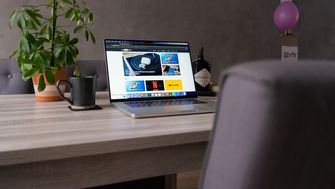 Back to the good old days (Image: Mark Hofman / OMT)

Bluetooth is the culprit (and the solution)

Anyone who regularly updates their devices (and we urge you to do so) will know that it’s not always a success. Sometimes you take a big step forward, sometimes you take one back. With respect to macOS Monterey 12.2, clearly that second one is the case. Indeed, the culprit for the reported problems appears to be the Bluetooth connection.

When your MacBook is connected to a device through Bluetooth, it can be awakened quite easily. So it’s not that your laptop is draining in sleep mode, it’s simply being pulled out of mode by connected devices. So your Airpods, wireless mouse or Magic Keyboard might just be the culprit.

So therein lies the solution to the problem. Apple has not yet released a solution. You will have to make do with a temporary solution. Do you suffer from a quickly deflating MacBook and is it running on macOS 12.2? Then make sure you turn off the Bluetooth connection on your computer before you put it in sleep mode.