Consumers who own an iPad have been asking for it for years: their own version of Instagram. To date, Meta, the parent company, has seen no need to respond to the request. With iPadOS 16, there may be light in the darkness and we can finally enjoy all that the service has to offer us.

Among other things, iPadOS 16 will feature a brand new functionality called Stage Manager. Next fall, when the upgrade is available to everyone, iPadOS will have this new mode for multitasking. This will allow you to work with multiple apps side by side just fine.

The new beta version of iPadOS 16, which came out recently, includes some improvements for that functionality. Users on Twitter discovered that iPhone apps also work with the Stage Manager. This allows you to run apps, such as Instagram, very nicely alongside other apps on the screen. 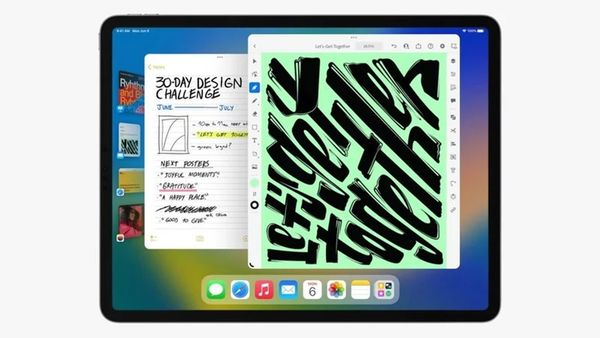 Basically, any app without its own iPad version works much nicer on an iPad as a result. Does this mean that we’re probably never going to see an Instagram app for the iPad at all now? Possibly that answer is “yes,” but that’s just because it hasn’t come to pass so far.

Stage Manager on the iPad

There is one caveat to this relatively good news: Stage Manager will not soon be available for all iPads. The functionality only works on models with an M1 chip on board (or a later variant, of course). So if you want to use Instagram on your iPad, you’ll need a new Pro or Air variant.

Stage Manager lets you move windows around in the picture. You can also resize them, just like on Windows or macOS. There is also support for external displays, making the iPad look even more like a MacBook.