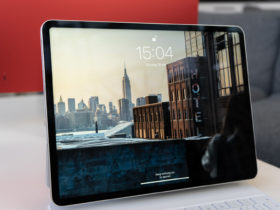 The future OLED iPad offers quite a few advantages

There will soon be some differences between the iPhone 14 and iPhone 14 Pro. Apple will in all likelihood use different types of OLED screens. The Pro model will be a higher-end smartphone compared to the base model, so this is not very strange. In addition, there will undoubtedly be more of these kinds of differences later.

The iPhone 14 Pro will soon get an OLED screen consisting of more modern components compared to the base model, writes The Elec. Samsung, the supplier, will soon be using this type of panel for the Galaxy Z Flip 4 and Z Fold 4. The material Samsung is using is called M12.

The type of material manufacturers use for OLED panels basically determines the quality of the colors red, green and blue. More advanced materials (potentially) mean nicer color reproduction or better quality in general. So that sounds like something you want to offer in a high-end smartphone.

If the iPhone 14 Pro will soon get the M12 material, this implies that the base model will thus get M11. The reason for this can be very simple: a company is obviously trying to save money in many ways. This also applies to Apple, especially at a time when materials are scarce and especially very expensive.

Not the only difference

For a ProMotion display, which achieves a variable refresh rate of 120 Hertz, you need an LTPO TFT OLED screen. From this we can already conclude that – if the rumors are true – the basic models of the iPhone 14 line will not get ProMotion screens. Of course, all this news is unconfirmed by Apple.