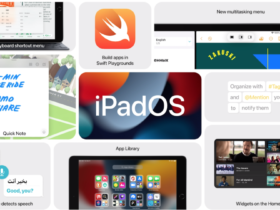 How iPadOS 16 gently transforms your iPad into a MacBook

The iPhone 14 continues to be more powerful than the 13, despite having the same A15 chip. The new model is a step forward.

Ming-Chi Kuo made many Apple followers frown with his extraordinary news. In March of this year, the well-known Apple analyst reported that the iPhone 14 and 14 Max will get the A15 chip. That’s the same processor that the current 13, Pro and Pro Max run on. Only the Pro models of the 14 will get the A16 chip, according to the analyst. He was supported with his claim by Bloomberg journalist Mark Gurman, who thinks the same way.

So it seems to be a special change of direction for Apple, because before this, all models received a new chip every year. By the way, Apple is doing this for a clear reason. Where the regular and Pro models grew closer to each other in the last few years, the difference will be greater this year. For example, the new model features a 48-megapixel camera, which is where the extra processing power comes in.

Who is Ming-Chi Kuo?

Ming-Chi Kuo is an analyst at TF International Securities and also one of the most reliable sources on Apple and all its products. He doesn’t have a 100% score, but when Kuo says it, the information is at least to be taken seriously.

In addition, the cause cited is the chip shortage. Until now, Apple did not seem to suffer from this as much as other brands. So it seems that with the A16 chip this may be different after all.

The normal iPhone 14 seems to get the same processor as its predecessor. Yet, according to the well-known Apple leaker ShrimpApplePro, we need not fear that there is no difference between the old and new version of the iPhone. The 14 still delivers better performance. As examples, the Twitterer mentions the modem and the design of the interior.

We can now only guess what the iPhone 14 looks like on the inside. So we have to make do with the rumors. One of them is certainly interesting. For example, there are sources claiming that the iPhone 14 will go to 6GB of RAM. That’s 2GB more than the iPhone 13. Moreover, the new model will get a new more efficient modem that also uses less electricity. So that in turn will benefit battery life.