Apple is keeping the minds busy, as rumors constantly appear about the arrival of new versions of the MacBook Air and Pro. Now it’s hit again, as a report appears about the possible release date of both computers. So roughly when can we expect them?

However, those rumor mongers sometimes contradict each other as well. As a result, the rumors still vary at times. However, the editors of 9to5Mac think they know that we may welcome a new MacBook Air before the end of the year. Whether that is the case is unfortunately impossible to say or verify at the time of writing. 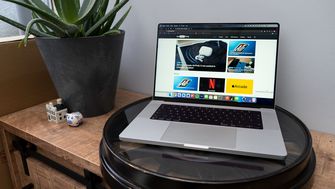 In addition, the editors also name the MacBook Pro. It is likely that the current 13-inch version will be equipped with the upcoming M2 processor, also before the end of 2022. It is possible that Apple will remove the addition Pro, leaving us with a somewhat affordable MacBook. In any case, in terms of design, nothing needs to change, according to the rumors.

Should Apple indeed relaunch the MacBook Pro with the M2 chip and without the Pro addition, it would not be surprising. Indeed, earlier other rumors appeared about the Air, which is going to be somewhat more expensive. Possibly Apple does not want to introduce too many expensive laptops at once.

Furthermore, according to the rumor mill, we can assume that there is another Mac Pro in the pipeline. This Pro will also get a new processor from the iPhone maker, but it is unclear when that computer will appear. Whatever the case may be, Apple will announce the products on its own, entirely according to its own plan.