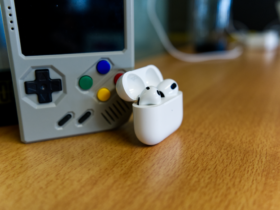 Anyone who was secretly hoping to get a job at Meta this year is out of luck. The company announced to employees today that it is putting the brakes on new hires for the rest of the year. Three guesses who the company blames, in large part, for that.

Meta says it is having to hit the brakes hard because of disappointing growth in revenue. Something that Apple, with a major iOS change, says the company is partly responsible for.

Meta once again lashes out at Apple

Meta is optimistic about the future, at least that’s what CFO David Wehner said to employees of the company. Still, there is some cause for concern. “We need to make sure we are making the right, balanced, investments to support our strategic priorities.” A convoluted way of saying that things are not going so well at the moment and it is time for certain measures. Business Insider today lets us know that Meta is making such a decision and will stop hiring new employees. At least, the company is stepping on the brakes hard.

It says this is the result of disappointing growth in sales. Something Meta does look to itself for, but also points to others. Mainly to Apple. Meta says the changed privacy features of iOS 14 and iOS 15 are the reason the company has to make this decision.

Incidentally, this reason is not being used for the first time. Meta previously predicted that the changes in question would cost about $10 billion by 2022.

The functionality Meta is referring to is App Tracking Transparency. iPhone users have been able to control which applications and website they are allowed to track, and which ones they are not, since iOS 14. This makes it a lot harder for companies like Meta to track users through different applications and services. It provides less specific information of a particular person, so ads can be less targeted. Bottom line: less money coming in.

Want to know more about App Tracking Transparency? Then be sure to check out the article above!