Are you failing to buy or rent a movie through the Apple TV app? Then you’re certainly not the only one. At least, not if you have a Smart TV in your home that runs on Android TV.

Televisions from Google, Sony, TCL and devices like a Chromecast are losing some Apple TV app support. Where you could previously use the app to pull in movies, for example, that’s no longer possible.

The Apple TV app changed pretty abruptly today. Whereas previously you could rent or buy fairly recent movies like Spider-Man: No Way Home through the app, that’s no longer possible for people with Android TV. Pitty, because that’s quite a few consumers. After all, the majority of Smart TVs run on Google’s software.

What exactly is going on doesn’t seem to be known yet. FlatPanelsHD, 9to5Mac and The Verge have already reported the change. Where it was previously possible to purchase a movie on a specific page, consumers are now given instructions on how to watch the content. 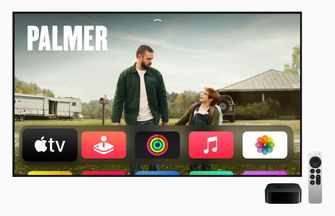 In these instructions, how could it be otherwise, they are redirected to Apple’s own devices. In doing so, they also advertise Apple TV+ and how you can still make use of it.

So what exactly is going on seems to be unclear at this point. Although, of course, we can speculate. In late 2020 it was announced that the Apple TV app would be available for certain televisions running Android TV. In June last year, the platform was rolled out for a huge range of smart televisions. Less than a year later, Apple is partially turning off the tap.

Of course, it could be that Apple had this plan in mind for some time. This will force more users to the company’s own devices as well as streaming service Apple TV+. It could also be that Apple doesn’t agree with the percentage Google wants per transaction. Which would be hilarious, of course, considering Tim Cook’s company has been in controversy several times for that reason.

Apple TV app on other devices

The TV app can still be used on televisions running Android TV as the operating system. At the top of the screen, the Movies and Series headings have disappeared, leaving only Watch Now, Apple TV+ and Library. It is therefore still possible to admire previously purchased content.

People who have a Roku device, Samsung television, LG television, Xbox console or PlayStation console can still use the app as before.