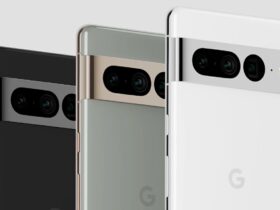 Will this be the iPhone competitor? Google shows off the Pixel 7

It looks like Apple’s worst nightmare will actually come true soon, when the U.S. Senate passes a new law. In fact, the Open App Markets Act has been approved by the Judiciary Committee that considered the bill. The law in question must now be passed by the Senate.

Senator Marsha Blackburn let us know this on Twitter. Because the committee gave the approval, the law is one step closer to being implemented. When it is passed, companies will have to ensure that users can get apps from anywhere. You will then not be required to use the App Store on your iPhone.

A second app store on iOS?

So that could cause you to install a second or perhaps third app store on your iPhone in the future. Not one that comes from Apple, but from a third party. This is already possible on Android, allowing Samsung and Huawei, for example, to offer their own digital stores.

The passage of the Open App Markets Act out of the Senate Judiciary committee brings us one step closer to having this legislation signed into law. This bill will let people download apps directly from outside companies rather than being forced to go through official app stores.

It’s no secret that Apple opposes the introduction of the law. This is because the company believes that such possibilities come at the expense of users’ privacy and online security. Malicious parties are thus given the space on iOS to scam people through an untrustworthy app store or specific applications.

Apple is against the law

Those comments came most recently from Apples Senior Director of Government Affairs Timothy Powderly. According to Powderly, it becomes “almost impossible” to protect users’ privacy. And scammers are thus given leeway, while the company has a poor ability to protect its users from them.

That’s not all. If the new law is implemented, it will be a big win for developers and parties who collect and resell user data. Millions of Americans will be at risk as a result. While there is some truth to Powderly’s words, that does not necessarily mean that the iOS platform cannot be thrown open.