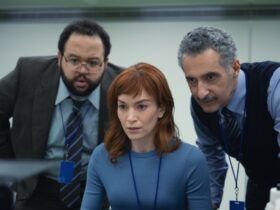 Apple Music and other services more expensive, but how much will it cost you?

A German Activist and researcher came across a German intelligence agency in her research. One that officially doesn’t exist at all. How are you ever going to prove that the service really exists? Right, by using the Apple AirTag.

Apple’s handy tracker can be used for many different things, doesn’t matter if it’s meant to be good or bad. That they could actually expose a secret government agency, we just didn’t know yet.

The story revolves around German activist Lilith Wittmann. She discovered a relatively unknown German Federal Ministry of Posts and Telecommunications that would serve as a cover for a secret intelligence service. In her own words, the discovery of “a federal authority that does not exist.” Only she still had to find hard evidence for it.

She picked up practically every trick in the book. She looked up a list of federal authorities, she transcribed phone calls to employees, and she drove to the buildings themselves. But after the list disappeared from the Internet, the numbers stopped working, and the building was inaccessible, she decided to take a different approach.

To prove that the federal authority had nothing to do with Post and Telecommunications, Wittmann decided to send a letter to the address. Simply to see where it would eventually end up. To find out properly, she decided to equip her letter with an Apple AirTag and followed the route through the Find My Network.

The letter that was supposed to be delivered in Berlin had a very strange journey. From a sorting center in Berlin the letter went to a sorting center in Cologne-Ehrenfeld. Finally the letter arrived at the Bundesamt für Verfassungsschutz better known as The Office for the Protection of the Constitution. A government organization based in Cologne. A letter addressed to a telecommunications authority on one side of Germany surfaces at an intelligence agency on the other side of Germany.

Of course, Wittmann’s findings are contradicted by the German government, but it is at least interesting to see how creatively people use Apple’s nifty trackers. For example, this best man tried to see to what extent it is possible to send letters to North Korea.