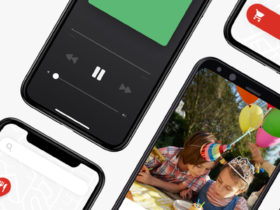 Google One subscription with VPN now available for iPhone and iPad

Three old App Store gems can be found in Apple Arcade starting this month. While the first game already made its debut yesterday, the other two will be playable later this month.

The three titles in question are: My Bowling 3D+, Samorost 3+ and Kingdom Rush Vengeance TD+.

It’s certainly not the first time Apple Arcade has featured well-known titles. Games, which normally come with in-app purchases, appear on the service completely ad-free and purchase-free. A subscription to Arcade can be purchased for as little as $4.99 per month.

As mentioned, the first title appeared on Apple Arcade yesterday. My Bowling 3D+ is a great game to play on the go. Using the touchscreen on your iPhone or iPad, or the controls on your Mac, you have to score as high as possible. Just a nice old-fashioned game of bowling, without being disturbed by commercials. You can also play as long as you want, so you don’t have to wait until you have enough lives or energy.

The same goes for Samorost 3+. Starting July 8, this Friday, the title will appear on the service. It is a game set in space that uses the powers of a magical flute to travel through the cosmos. The goal: to unravel its mysterious origins.

By the way, starting July 29, you can also play a plus version of Kingdom Rush Vengeance TD. This is an ideal game for fans who already tried the title from the App Store. It is a new version that features 14 powerful heroes, more than 60 deadly enemies and 30 upgrades to make your army as strong as possible.