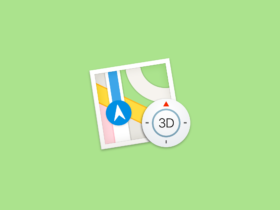 The war in Ukraine is unfortunately far from over. A Ukrainian man’s stolen AirPods are now creating a remarkable situation.

Although we see the most horrific images of the war in Ukraine every day, we cannot imagine what it is like to live there now. Many people are fleeing and have left hearth and home in a hurry. To get away as quickly as possible, many fleeing Ukrainians have left their belongings at home. Unfortunately, it does not mean that they are always safe.

Stolen AirPods by the Russians

Vitaliy Semenets comes from the Ukrainian city of Hostomel, which is located above Bucha and Irpin and near the capital Kyiv. The place was until recently a major battleground, partly because of the airport which lies nearby. That the Russian soldiers did not stop at fighting was clear from the chilling images that became available when they had disappeared from the place. They also appear to have looted. Something that Semenets witnesses live, although he is no longer in the city.

One of the Russian soldiers has in fact taken his AirPods with him. Presumably to be able to listen to some music while fighting. The Ukrainian found out by using the find my app. This allows him to track exactly where his AirPods are. In doing so, it immediately brings into focus how the Russians are moving around.

Instagram won’t load because you didn’t give permission.
Consent given but not shown, reload the page.

“Thanks to technology, I now know where my AirPods are. They were looted by Russian orcs from my home in Gostomel,” he wrote on Instagram accompanying a print screen.

Tracking technology, such as in AirPods can display strategic information. For example, a few years ago there was a scandal surrounding the running/sports app Strava. Military personnel in Afghanistan used the app while exercising. What they forgot is that the tracking technology showed exactly where they were.