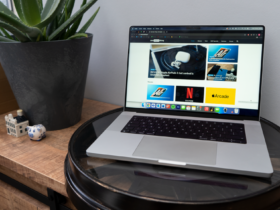 Through the website RR Auctions, you can now buy a special Apple-1, which may just cost more than $450,000 (or 418,000 euros). In addition, at the same auction website you can buy another unique item. This is an issue of Time magazine, which features a signature of Steve Jobs.

This is not just any computer. This Apple-1 still works and was personally numbered by Steve Jobs. The device comes from the personal collection of Roger Wagner. He wrote the first book that allowed other people to learn to program for Apple computers.

Extraordinary Apple-1 under the hammer

The package you are taking home, for whatever amount, is complete. The various parts all still work and are in good condition. By the way, this is one of the first models to go publicly under the hammer. This happened earlier during the Vintage Computer Festival, which took place in California in 2002.

Steve Jobs wrote this song on it. (Image: RR Auctions)

In addition, you can compete for another special product. This time it is an issue of Time magazine, on which Steve Jobs left his signature. It is a magazine that appeared February 15, 1982. You will find the signature of the Apple founder at the bottom left, in black.

The magazine also appears to be in fine condition, but it does have some flaws. There is a crease in the front cover, for example. The magazine is in a special case, so the quality is not deteriorating quickly. Reportedly, this magazine should fetch about $25,000 (almost 24,000 euros).