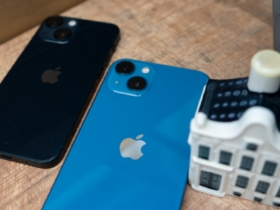 Apple’s HR department is under fire. What exactly is going on and why are the reactions so fierce? Jeroen explains.

Things have been rumbling for a while among the staff at Apple. Not everyone is satisfied with the working conditions. A new report that has come into the hands of the Financial Times goes a little deeper into the abuses experienced at Apple.

Last year, the #AppleToo movement began at the company. It was to highlight abuses such as racism, sexism, inequality and abuse at the iPhone maker. All because members of the group felt that nothing was being done with their complaints.

One of the initiators of the platform was Legal director Jane Whitt. She posted her experiences with the company on Lioness. She complained to Apple’s HR department about domestic violence by a colleague with whom she was in a relationship. The company did nothing about it because she had no evidence from other colleagues. She eventually received a warning from Apple because her personal relationship was interfering with her work and for allegedly being unprofessional during the investigation.

Another employee in the department also had similar experiences with Apple’s HR. She had a complaint about abuse, but nothing else was done about it.

The new report highlights the experiences of Cher Scarlett. Like Whitt, she was also one of the initiators of #AppleToo. After a settlement, the two parties agreed to part ways and drop a complaint to the National Labor Relations Board.

Case closed you would say, but it’s not. Scarlett sought out the media and it went against Apple’s grain. As part of the settlement, the lawyers also wanted her to sign a confidentiality clause. One such agreement would state exactly what she would have to say, “After 18 months at Apple, I have decided it is time to move on and pursue other opportunities.” Scarlett shared this and Apple saw it as a violation of the agreement.

Apple, of course, has also responded to the report. The company says it is clear on discrimination. It wants every employee to feel safe in reporting incidents, without fear of retaliation. It is partly putting its hand in its own pocket.

” Some accounts were created that did not reflect our intentions or policies and we should have treated them differently. As a result, we will be changing our training and processes.”