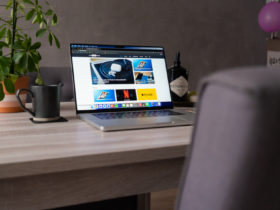 With the very impressive iPhone 12 as its predecessor, the iPhone 13 has big shoes to fill. The model managed to close the gap with the Pro models, making it the deal for the average consumer. Only this year that gap seems to have widened again. Is the iPhone 13 your best option or will another model run away with the title?

For the past week I’ve had the opportunity to use the iPhone 13 as my default phone. In this review I’ll let you know what the smartphone has to offer, to what extent it has improved and which points are a bit disappointing.

iPhone 13: what does the smartphone have to offer you?

To give you a good impression of what the iPhone 13 has to offer, I’m listing the most important specifications for you: 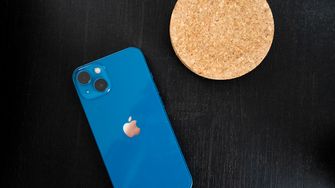 With the iPhone 13, Apple has chosen to use the same design as the iPhone 12. Because of this, people are often quicker to assume that the upgrade is quite small. Something that is certainly true this year as well. It’s a fairly modest step up from last year, but that doesn’t mean it’s not a step in the right direction. On the contrary.

The iPhone 12 managed to hit the high ground last year with a completely revamped design, but there was a whole lot more. The “affordable option” finally had an OLED display, the camera system got an upgrade and the device was faster than ever. A pleasant smartphone that has thus become even better in 2021.

The iPhone 13 shows that mainly on three different fronts: the camera system, the battery and the display. 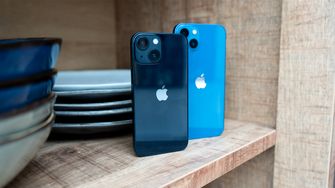 The iPhone 13 is not quite the same

At first glance, the iPhone 13 looks the same as its predecessor, but it does carry some minor changes in terms of design. For example, the device features a smaller notch that improves the screen by about 20%. A nice development that, at the moment, is not of much use to the consumer.

This is partly due to the fact that Apple itself does not do very much with the extra space. For example, you still can’t see the battery percentage in the top right corner of the screen. On the other hand, it is mainly because Apple “just” uses the same notch, but simply arranges it differently. Something that results in the fact that it is a bit longer and therefore comes into view when you watch a video in full screen.

It is somewhere unfortunate that Apple, after four years of using the far too wide notch, is content with this very small step forward. But anyway, it’s a step forward and it at least looks a little better.

The same goes for the screen itself, by the way, as Apple has given the OLED panel a slight upgrade. While the previous model boasts a minimum brightness of 625 nits, the iPhone 13 the does a little more. The new model offers at least 800 nits. A nice addition that makes the screen just a little better than last year.

Why the camera system is slanted

In addition to the notch, the iPhone 12’s camera system also looks different. While the lenses of the iPhone 12 were still on top of each other, they are now diagonally opposite each other. There were already a lot of jokes online about this “development”, but of course there is more to it. 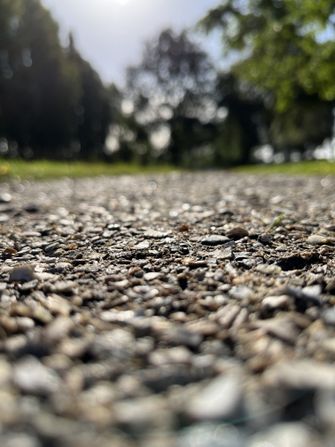 The camera sensors have gotten better. For example, the iPhone 13 now features the Sensor Shift stabilization feature that was in the iPhone 12 Pro Max last year. Incidentally, this is only possible because the lenses have become significantly larger, which is also the reason for the new setup. 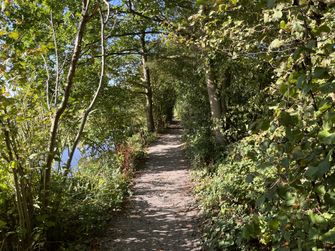 The leaves are still on them now (Image: Mark Hofman / OMT)

By the way, the results are great. Thanks to the new lenses you have more light in your photos, so the result is slightly better compared to last year. During the day the difference will not be noticeable, but in the evening hours you achieve more success with your photos. In terms of video, the difference is not very big, although you can now use the new Cinematic Mode. A nice addition, but I wonder how much the target group of the iPhone 13 will use this. 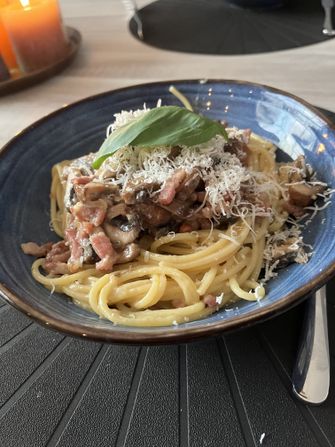 A deep bow to Apple

So in terms of looks, the iPhone 13 isn’t much of an upgrade, but internally it’s a party. For example, as you might have expected, the new A15 Bionic chip is yet another improvement. The iPhone 2021 has also become significantly faster again.

That, by the way, is not what has stood out the most in the past week. The iPhone 13 is incredibly economical and really gets the most out of its 3240mAh battery. I’m not lying when I say that if you don’t overcharge the smartphone, you can really carry it around for two days without having to charge it. A screen time between five and seven hours is achievable and I can’t remember the last time I saw that.

That’s very nice, because the iPhone 12 did have a weaker battery than an iPhone 11. So the fact that Apple manages to combine all the advantages of the 12 and the 13 with an excellent battery life is really worth the compliments. 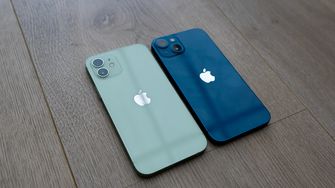 Two generations side by side (Image: Mark Hofman / OMT)

The iPhone 13 is not a smartphone for people who currently own the iPhone 12. The upgrade is simply not big enough. For that matter, the same is true for those with an iPhone 11 or older in their homes. In that respect, the iPhone 13 is an upgraded version of the iPhone 12 that has served me incredibly well over the past year.

With that thought, you could actually argue the iPhone 13 is just an iPhone 12s. And there’s nothing wrong with that at all. The “standard” model is and always will be the best option for the general consumer.