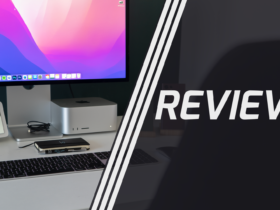 We had to wait a while for it, but the new AirPods 3 are finally a reality. Besides a new look, the earbuds have also received a number of new features. The question is: are the improvements so good that the €200 price tag can be justified?

I’ve had the chance to get hands-on with the new AirPods 3 over the past week. In this review, I’ll tell you exactly what I noticed in this week and hold up the price tag alongside the quality of the earbuds.

AirPods 3: this design is not for me

‘Nice going, Hofman’, you’re probably thinking when you read the above headline. Rightfully so, because what exactly does my opinion say about what this new design means to you as a consumer? Well, everything actually.

The AirPods 3 have been given the same design as the AirPods Pro. So the stems are shorter (33%), the charging case is wider and the earbuds have a slightly different shape. The only difference is that this model does not have any tips, so that the earbuds also effectively seal out ambient noise. In short: no active Noise-cancellation, but more about that later. Besides the lack of the beloved functionality, this design brings even more to the table. 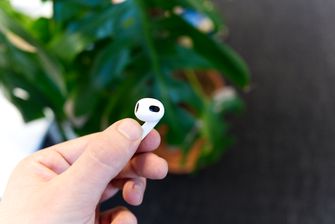 Operating the earbuds, and specifically the content being played, works in a slightly different way. With the previous model you had to tap the side of the earphones, now you have to squeeze the stem. This will take some getting used to at first, but is generally an excellent alternative. The fact that the new design also includes improved water and sweat resistance (IPX4) is also very nice.

In essence, it doesn’t matter that much what exactly I think of the AirPods 3, but it does hit the nail on the head. The new design is not just a matter of taste in terms of looks, but will also make its mark in everyday use. Personally, I’m a fan of the second generation design and I feel the earbuds are less comfortable. But that doesn’t have to apply to you.

Skin detection and sound from all angles

By the way, the new AirPods 3 do come with some brand new features. Something that will benefit every consumer. The two biggest additions, as far as I’m concerned, are Spatial Audio and skin detection.

Spatial Audio we’ve known for a while now. The technology makes sure that as a consumer you get sucked into the content. Something that Apple achieves by having the sound flow around you. Previously this was already possible on your iPhone and iPad with the AirPods Pro or AirPods Max. Now it’s also possible to use it with your AirPods 3 on your Mac or Apple TV. That the experience is pleasant was already known for a while. That it is nice that we will be able to use it more from now on I don’t think I have to explain to you. 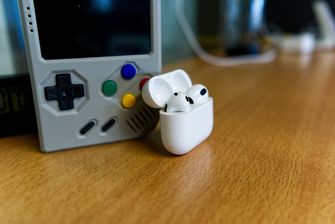 Why I like skin detection so much perhaps. Personally, I sometimes put my AirPods loose in my pocket, for example at the supermarket checkout. Just so I don’t look antisocial. However, the second generation (and the Pro too, for that matter) used sensors which determined on the basis of light whether the music should be resumed or not. Result: my music or podcast sometimes continued to play uninvited. With the skin detection Apple can prevent this. Although it is a good tip not to hold the AirPods 3 in your hand, because apparently that is also skin…

The above two features are the biggest as far as I’m concerned, but the AirPods 3 come with more fine features. For example, consider better Find My support so you can find them anytime, anywhere. Or how about the 11mm Driver for better sound quality?

The latter does pay off quite well, especially considering the microphone that makes sure you always get the optimal sound quality. I personally find the difference with the second generation not very big, but notice in certain situations (especially in songs with lots of bass) that there is improvement. Considering this second generation offered excellent sound quality, I think there is little to complain about.

What I also really have little to nothing to complain about, by the way, is the battery. With a battery life of 30 hours, the AirPods 3 last longer than the second generation. The earbuds themselves can last for six hours and then you can recharge them for the remaining 24 hours with the included case. The case itself can now be charged in multiple ways. Besides charging with a Lightning cable it is possible to charge the AirPods 3 wirelessly or via MagSafe. 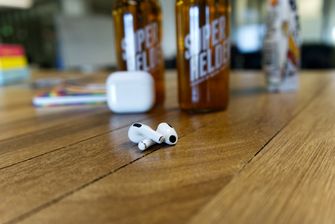 AirPods 3: Aren’t the earbuds too expensive?

The AirPods 3 are a nice upgrade from the second generation. The generation I fell so in love with over the past two years. Not a day has gone by where I haven’t used the earbuds and that will certainly be the case with the AirPods 3. And yet, I’m not sure about my case.

With a suggested retail price of £199, it’s safe to say that the earbuds are pretty pricey. Especially for people who still have the second generation and are very satisfied with it. The innovation is there, but not to the extent that it makes the purchase a no-brainer. As far as that goes, the AirPods Pro, with a suggested retail price of €279, come closer. Especially since they are now on sale for €219 at parties such as Bol.com and Coolblue. Twenty euros more for noise reduction. I would know.

AirPods 3: buy it or leave it?

With the AirPods 3, Apple is still kicking a pretty clear range up a notch, but it’s not a big deal. There is simply something for everyone.

The AirPods 2 are there for the people who are fans of “the old design” and simply want to get Apple’s cheapest earbuds on the market. The AirPods Pro are for people who want to get the most out of their earbuds and therefore also want to enjoy Active Noise-Cancellation.

The AirPods 3 was created for consumers who don’t see the tips of the AirPods Pro and don’t think ANC is that important. Instead, the earbuds are more water resistant, have better battery life and feature skin detection. So it just depends what you are looking for.