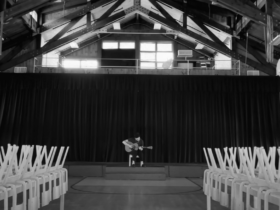 How best to film with your iPhone, according to Steven Spielberg

It was previously revealed that Apple wants to make it easier for everyone to replace the parts for Face ID in your iPhone. Should something break in the future, it will not necessarily be necessary to replace the iPhone in question. Now an internal memo has leaked that shines a little more light on the matter.

The internal memo, owned by Macrumors, states that the necessary parts are on their way to repairers. The parts will make repairing an iPhone a lot more sustainable, which is better for the environment. A broken Face ID system no longer always means replacing the device.

Face ID parts are on the way for iPhone

The parts listed belong to the TrueDepth camera system that Face ID on the iPhone works with. Exactly which parts a repair service needs depends on a few factors. These include the internal parts that need to be replaced, as well as the location of the store and the smartphone in question.

Additionally, the parts can only be replaced in recently released iPhone models. The iPhone X is the exception here. The memo further states that being able to repair the system is available in a number of countries. The Netherlands is not yet on this list.

Availability of the service

The repair service is available in Argentina, Barbados, Bermuda, Brazil, Bolivia, Chile and Colombia. But also in Costa Rica, Dominican Republic, Ecuador, El Salvador, Guatemala, Honduras, Mexico, Panama, Paraguay, Peru, Trinidad, Tobago, Uruguay and Venezuela. It is not clear when other countries will be added to the list.

Nevertheless, reports like this do offer hope for the future. It is clear that Apple values sustainability, so it is good to see that the company is investing in it, at least in these countries. It’s probably just a matter of time before other countries come into play.