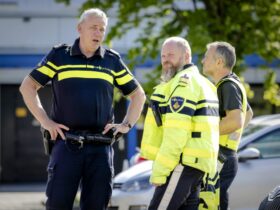 Why emergency services are totally unhappy with this iPhone 14 functionality

It’s February 9, 2022 and that means it’s finally time for the Samsung Galaxy S22 series! After months of rumors, speculations and leaks, Samsung is finally showing what the new devices will have to offer us.

This afternoon at 16:00 Dutch time the presentation of the Samsung Galaxy S22 will start. You can experience this presentation, completely free of charge, from the front row. In this article we tell you how.

The Samsung Galaxy S22 series is reason enough for the company to go big. Since the absence of the Galaxy Note, the S lineup has been the series of the year for the South Korean company. Therefore, it is making sure that anyone who is interested can see what the smartphone has to offer you in 2022.

The presentation will start at 16:00 and can be followed on Samsung’s official channels. Think of YouTube, Twitter, TikTok and the Newsroom. In addition, the Galaxy S22 series can also be seen via Facebook, Reddit, and Twitch.

Samsung is also going loose in the metaverse this time, which could benefit you as a consumer. You can log in or create an account on Decentraland with the appropriate means.

Over the past few months, we’ve been practically bombarded to death with information about the Galaxy S22. We know that the flagship series will not necessarily be cheaper, for example, and that it will once again consist of three different devices. The regular model and Plus model will look familiar, but the Galaxy S22 Ultra does things a little differently.

Indeed, the arrival of that smartphone also seems to be the farewell of another icon. The Samsung Galaxy Note was skipped last year and, if we look closely at the Samsung Galaxy S22 Ultra, will not return in 2022 either.

Want to know more? Then be sure to check out the above article or this page on our website.