The Samsung Galaxy S22 is a smartphone line announced in early February that features a very fast processor under the hood. But how does it compare to the iPhone 13? Initial benchmark tests now show that the iPhone 13 far outperforms the South Korean manufacturer’s Galaxy S22.

The benchmark test was conducted by the editors of PCMag. That’s not a website that is necessarily more focused on Apple or Samsung (or Android in general). The test shows that the iPhone 13’s processor is much faster than Qualcomm’s in the Galaxy S22. We’ll take a quick look at the results with you.

Samsung vs Apple in benchmark test

The Samsung Galaxy S22 Ultra has a Qualcomm Snapdragon 8 Gen 1 processor on board. This reaches a multicore score of 3,433 points. The iPhone 13 Pro Max with the A15 Bionic chipset on board achieves a score of 4,647 points. The Apple processor is thus about 35 percent faster than Qualcomm’s. 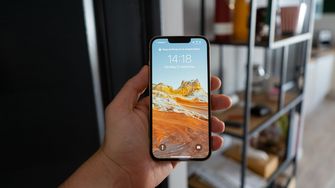 However, in Europe, Samsung infuses its smartphones with its own processor: the Exynos. In this case, it’s the Exynos 2200. This processor achieves a multicore score of about 3,500 points. That’s a bit better, but it is clear that the iPhone 13 Pro Max still scores better in this area.

In addition, PCMag took another test, this time in the context of machine learning (also abbreviated to ML). In it, the iPhone 13 Pro Max achieves a score of 948 points. That’s almost double the Samsung score. The Galaxy S22 Ultra sticks to the number 448. So that’s quite a difference.

The big question that remains is: what do you notice about this as a user? You can of course experience that for yourself. Or you can check YouTube for comparison videos in which the speed is put to the test. The conclusion is usually: it just depends on what you do with the device.