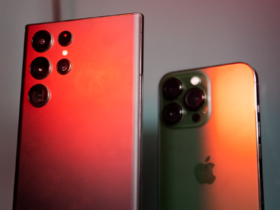 Android and iOS: these are the best smartphones of June 2022

If the latest rumors are to be believed, the upcoming version of the iPhone SE will be in stores early this year. This rumor is based on reports from the production line. Analyst Ross Young got his hands on the information and shared his findings with the rest of the world via Twitter.

The analyst reports that suppliers will begin production of the iPhone SE’s display panels this month. The final touches will be made in March, so it won’t be long before the smartphone is released. Young even ventures a prediction about the possible release month of the device.

Young suspects that the iPhone SE will hit store shelves sometime in April or May of 2022. It will be either late April or early May. SE launches usually take place in the spring. The first model appeared in March 2016 and its successor in April 2020. So the third iteration could also come out around that time.

Apple 5G SE model starting panel production this month. Phone production likely from March. This means a launch is likely for 2H April/early May with shipments from late April or early May.

Recently, Bloomberg’s Mark Gurman sent another tweet into the world about a possible Apple event. Gurman reported that the iPhone maker is planning an event in April for the announcement of the iPhone SE, among other things. Other hardware is also likely to be featured; there is little to say about that at this time.

Further rumors have already surfaced about possible specifications of the third-generation iPhone SE. Reportedly, this device will have a similar design to its predecessor, including a 4.7-inch screen. Under the hood is probably an A15 Bionic chipset. Furthermore, there may be 5G support.

Young is a reliable source when it comes to information about display panels. Based on information from the manufacturing industry, the analyst successfully predicted the future Apple has in store. For example, he previously predicted that the new iPad mini would have an 8.3-inch screen with no home button.