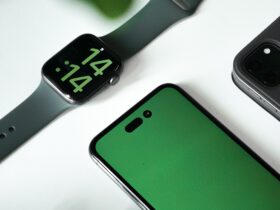 Apple gives your iPhone a new way to charge, but what is it?

ZTE has announced four brand new smartphones at Mobile World Congress 2022. Together, these four devices make up the Blade V40 series, which caters to consumers in different price ranges.

The top model in the brand new series is the ZTE Blade V40 Pro and the most accessible is the Vita. Of all models it is not yet known how much they will cost and when they will be available exactly. We do know that consumers in the Netherlands will also have the opportunity to purchase the smartphones.

The ZTE Blade V40 Pro is the top model in the new Blade V40 series, and you can see that mainly in the battery. The device carries with it a 5100mAh battery, which you can charge with an output of 65W. To then get as much out of that battery as possible, the smartphone uses ZTE’s Intelligent Power-Saving technology. How much impact this has on the battery and how long you can do with a full charge is not clear.

What we do know is that the 6.67-inch 8-bit AMOLED display is mainly focused on a colorful display. The ZTE Blade V40 Pro, which by the way is 8.3mm thick, carries a DCI-P3 color gamut. In terms of camera system, we can expect the same as with the Blade V40 and V40 5G. 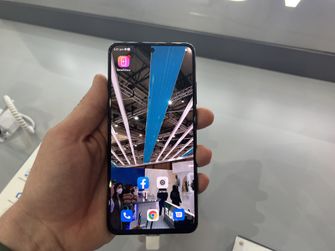 The ZTE Blade V40 features a triple-camera system with a 48-megapixel main camera, macro lens and depth sensor. The system supports HDR and is assisted by an 8-megapixel selfie camera. Those who like to put themselves in a different light can use the AI Beauty function, although this normally does not produce very good results.

That selfie camera, by the way, is incorporated into the display in the form of a hole-punch notch. This can be found at the top center of the 6.67-inch FHD+ display. ZTE did go out of its way to let consumers enjoy that display as much as possible, as it carries a 92.1% screen-to-body ratio.

The difference between the new Blade V40 and Blade V40 5G is, you guessed it, the ability to connect to the 5G network. 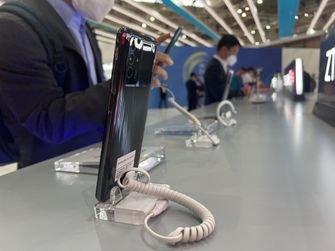 The latest device in the Blade V40 series is the ZTE Blade V40 Vita: the most affordable device in the lineup. So exactly how expensive it is we don’t know at the moment, but the promise for an accessible smartphone is there.

That accessible model only gets impressive specifications. Especially on the battery front, the impression is there. The ZTE Blade V40 Vita carries a 6000mAh battery and comes with a 22.5W fast charger. Extremely fast it is not, but with such a big boy on board you do long enough with a full charge to be able to break even. In addition to the large battery, the display, measuring 6.745-inches, is no small boy either. 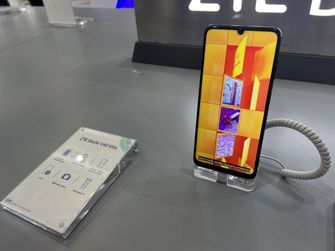 So when exactly all the smartphones in the ZTE Blade V40 series will be available is not yet known. What we do know is that we can expect them somewhere around April 2022.