Samsung has succeeded: the foldable smartphone is no longer absent from the phone landscape. With the Samsung Galaxy Z Fold 4, it is trying to strengthen that position. We highlight 5 interesting features for you, so you know exactly how the company wants to do that.

You probably got it. Today was Galaxy Unpacked. During the event not only the Galaxy Z Flip 4, but also the Samsung Galaxy Z Fold 4 appeared. Jeroen watched the presentation like a good student and lists 5 awesome features for you.

It was the moment you knew would come: the presentation of the Samsung Galaxy Z Fold 4. This is the new flagship from Samsung. Five points really stood out to us. You can find these below.

#1 The most powerful Samsung phone ever

Samsung calls the Galaxy Z Fold 4 its most powerful phone ever. It does so for a reason, because under the hood is a Snapdragon 8+ Gen 1, which allows you to play the toughest games easily on your phone. It also ensures that you can switch between apps effortlessly. This is convenient with the Multi Active Window that lets you open different apps in one screen. This allows you to multitask easily. 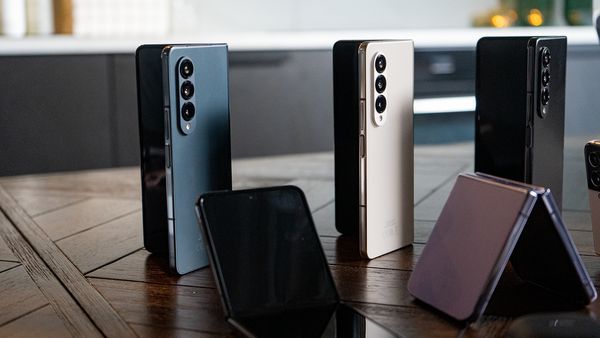 We must of course dwell on the design of the Samsung Galaxy Z Fold 4. The front screen is 2.7 mm wider than its predecessor and, in addition, the screen edges are thinner. So you have more screen, while the phone has become slightly smaller. The phone has also been in the gym, because it is no less than 8 grams lighter. All in all, it is therefore a nicer device to take on the road.

When you’re out and about, of course you want to take great pictures. That should be no problem with the Galaxy Z Fold 4. On the front is a 10-megapixel F2.2 camera that should provide perfect selfies. On the back, it’s all the rage. You have access to a 50-megapixel wide-angle lens that is 23 percent brighter than the one on the previous version. There is also a 12-megapixel ultra-wide-angle lens and a telephoto lens that can zoom in up to 30 times. With Zoom Map, you can see exactly where you zoom in, which gives it more clarity. 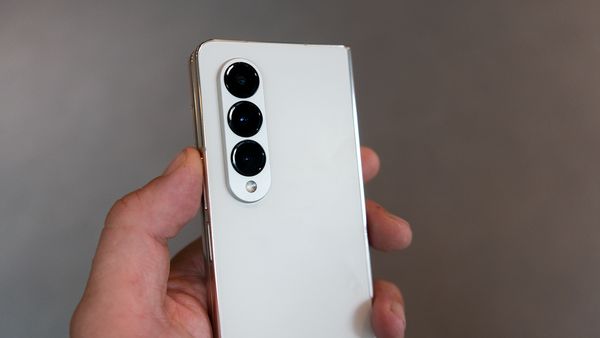 #4 An even better screen

In the design, of course, I already talked about the screen. I’ll go into a little more detail about that now, because that’s obviously one of the biggest reasons you’d want a foldable phone. The Samsung Galaxy Z Fold 4 has a variable refresh rate of 120 Hz. This means that the image adjusts when it needs to, making the screen more economical. Samsung additionally has Flex Mode which allows you to have ideal image when your phone is folded. You can do this with Netflix and YouTube, among others. Unfortunately, many other streaming apps don’t support it yet.

#5 The price of the Samsung Galaxy Z Fold 4

What Samsung hasn’t changed much about is the price. The Galaxy Z Fold 4 costs €1,799, which is a hefty sum of money. If you are interested in the phone, then I recommend that you wait a bit before purchasing. Unlike Apple phones, the price of Samsung phones goes down quickly. So you can score it much cheaper in a few months and then you have a top device for a good price. 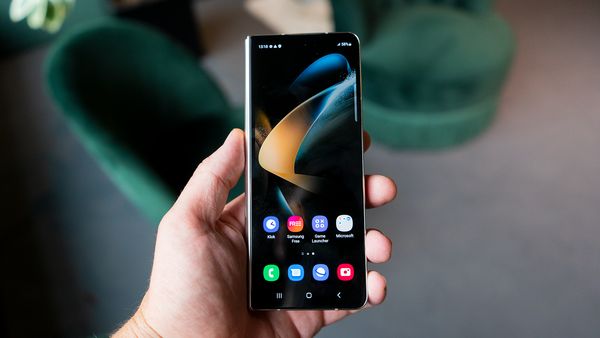