Samsung pelts you with the best features at the release of a new smartphone. Very nice, but you have nothing to gain if you can’t afford such a flagship. It then seems like these tools are out of reach, but nothing could be further from the truth.

In fact, many of the more affordable Samsung smartphones also include increasingly better features. So if you buy a Galaxy A mobile, such as the mid-range Galaxy A53 or Galaxy A13, you can just use many of these features. We have listed a few of them for you.

So for quality you certainly don’t have to have a fat wallet. These five features can be found on both flagships and mid-range models. Please note that this applies to models that are not older than two years.

Single Take first appeared on the Samsung Galaxy S20 series. This is a mode that makes taking photos a lot easier. With the feature, you record a short video of your subject. Then you receive a list full of the best photos and videos from that short shot. You can shoot the most beautiful images with Single Take, whether you know a lot about photography or not.

Although the feature is a major selling point for many modern S phones, it is also available on A-series. So you can take these super-simple snapshots on many recent models, regardless of whether you’ve paid for premium Samsung smartphones. Fair is fair: the AI is not as smart on a cheaper smartphone as it is on a flagship model. Still, it’s a great feature that you don’t have to pay much for at all.

When you spend a lot of money on an expensive phone, you naturally want it to last. Unfortunately, that’s not always easy. Samsung has come up with a solution for this. In the battery settings of newer smartphones you can find the function ‘Device Care’. Here you can see how healthy a device is by means of a score. You can then increase that score by using your smartphone in a ‘healthier’ way. The feature also gives you options to optimize storage, memory and battery. All to make sure your smartphone stays as healthy as possible. Device Care is available for all Galaxy devices, not just S-series smartphones.

Adaptive charging protects your battery life with the help of AI. The technology figures out when your smartphone needs to charge quickly and when you need less power. This allows you to keep your smartphone connected for ages without sacrificing battery life. Originally the feature was only available on top Samsung phones, but recently it has become available on affordable phones as well. You do need to use a Samsung charger to use this feature. If you don’t have one, you can order it online. 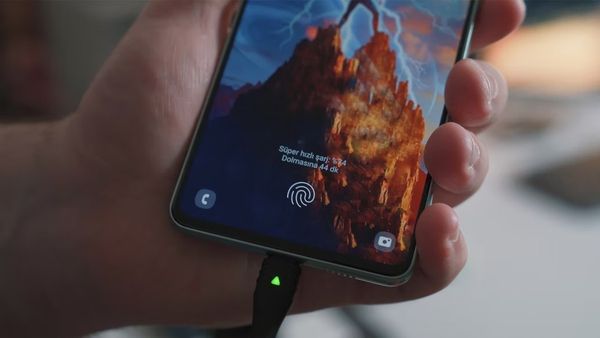 Although Samsung often flaunts the Single Take mode, it is not the only feature that allows you to shoot beautiful photos. Another cool feature is the food mode. This allows you to select a small foreground, making the rest of the shot slightly blurry. Although the name suggests otherwise, the function is also great to use for other subjects than just food. This mode is not only useful on Samsung Galaxy S phones, but also appears on A-series devices. Since the cheaper smartphones have less powerful cameras, the result alone may be a bit less.

Once you’ve taken a photo, of course you want to make it as beautiful as possible. Most of Samsung’s top phones have a tool that allows you to easily edit photos. One of the most important features is “spot color. The mode lets you select a color, which is applied to the entire photo. There are several options you can play with, allowing you to create beautiful works of art. This feature is also available on Galaxy A smartphones, so it’s good value for money.

Learn how to best use spot color in this video