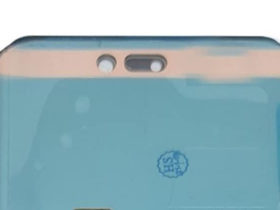 Possible iPhone 14 design shows end of notch: but is it an improvement?

Apple may release a new variant of the iPhone SE in 2023. According to new information, the expected redesign will be pushed forward one year.

The information comes from Display Supply Chain Consultants CEO Ross Young. The man has a 100% rating on AppleTrack, making his information at least worth sharing. Though of course you should always take it with a grain of salt.

Ross Young announced on Twitter that the expected redesign will not appear on the market in 2024, but in 2023. The CEO of Display Supply Chain Consultants says that it is not yet certain that this will actually happen. He does have some information about the size of the device.

The iPhone SE+ 5G, as the device will be called, will feature a 5.7-inch display. There was also earlier talk of a 6.1-inch model, but Young doesn’t seem to believe in that. He does, however, let it be known, in a response to another tweet, that there is a chance that Apple will ignore an LCD. So it could mean that this new model will have an OLED screen.

XR or the 8 Plus after all?

The rumor that Apple will bring a larger variant of the iPhone SE to the market has been going around for a while. In what form the company will do that exactly is just not clear yet. While sources previously spoke of a design like the iPhone 8 Plus, there were later reports that Apple would reach for the design of the XR. Ming-Chi Kuo later revealed that it really would be an 8 Plus model.

So what exactly the model will offer in that area is not yet clear. However, Ross Young does seem to be at least certain that Apple will be using the iPhone 8 design again this year. Just like the company did with the iPhone SE (2020).