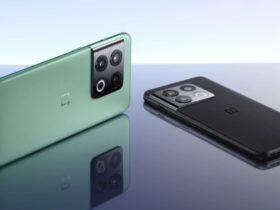 OnePlus 10 Pro is coming to the Netherlands: will it appear on this date?

The OnePlus 10 Pro seems to be really going to see the light of day this month. After CEO Pete Lau previously revealed something, OnePlus has now also shown the device through official channels. But unfortunately that does not come with good news.

The new teaser gives us a good impression of what the new smartphone will look like. It also becomes clear when we can expect it. Conclusion: that will take some time.

We were already a little bit afraid of it and now it seems to become reality. We’re not talking about the fact that the OnePlus 10 Pro is actually coming our way later, but about the gigantic camera block on the back of the smartphone. While the devices from OnePlus in recent years somewhat escaped the dance, this year’s flagship seems to be hit hard. This while competitor Samsung is sparing its flagship from the ugly design. Anyway, that aside. 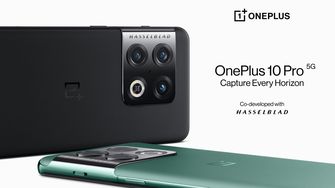 Another collaboration with Hasselblad (Image: OnePlus)

The OnePlus 10 Pro once again features a camera system that has the Hasselblad branding. It was announced last year that the iconic company is joining hands with the Chinese technology giant. The flagship has a so-called triple camera system, which simply means that it has three lenses. What exactly those lenses have to offer is unknown at this time. 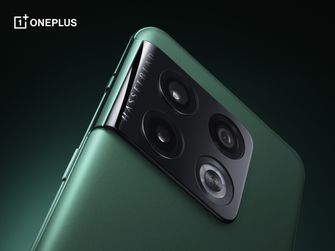 The photos shared by OnePlus also show a delicious green color option. This one will no doubt steal the show this year.

OK, maybe a little lame to talk about the giant camera block again. The real bad news has to do with the release date of the OnePlus 10 Pro. Via Chinese platform Weibo, OnePlus CEO Pete Lau announced that the smartphone would be released in January. The company is actually going to do that, as the device will appear on January 11. But only in China.

During today’s announcement, it unfortunately becomes clear that the international launch is still a long way off for now. In fact, the OnePlus 10 Pro isn’t expected until April of this year…whew!