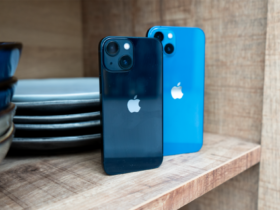 Why you shouldn’t buy this iPhone 13 mini from Apple

Last week saw the rollout of the first beta versions of iOS 15.4, iPadOS 15.4 and macOS Monterey 12.3. As a result, many different new features are popping up for your iPhone, and iPad and Mac users can finally get started with Universal Control.

Looking a little further than the next few weeks, we can expect a lot more news. For example, there are already three features that are almost certain to appear for your iPhone. What are they?

iOS: three functionalities for the future

We can obviously expect more than three features for iOS in the coming year. Nevertheless, three additions are already pretty much known at this point, reports MacRumors. We list them conveniently for you:

In 2021, Apple acquired streaming service Primephonic, among others. This is a musical service that focuses on classical music. At the time, Apple announced that it planned to launch Apple Music Classical in 2022. Logically, this application brings together the best of both worlds and allows people with an Apple Music subscription to enjoy everything the classical genre has to offer them. So keep in mind that Classical will be available for iOS this year. 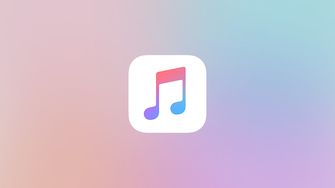 #2 Driver’s license in your Wallet app

As with vaccination proof, Apple will also make it possible to add driver’s licenses to the Wallet app this year. For now, the functionality will only appear in the United States, but that was also the case with that first proof. Thanks to iOS 15.4, we now know that European citizens can also put their vaccination in Apple’s app.

Last year it became clear that the driver’s licenses will appear first in the states of Arizona and Georgia. Other states will follow later this year. Similar to debit cards, it will be possible to press your iPhone’s power button twice and show your driver’s license. The functionality does not yet show up in iOS 15.4, so will appear in a later beta version or operating system.

Mark Gurman, Bloomberg’s trusted technology journalist, reveals that Apple is working on a functionality for payments. This would allow the iPhone to be transformed into a payment terminal, for example. By holding a payment card on the back of the iPhone, a payment should, in theory, be completed.

Previously it was clear that this was to be an iOS 15 functionality, but according to Gurman, Apple could very well keep this as an iOS 16 option as well. Time will tell.

You’ve already seen it pass by a few times in this article: iOS 15.4. The update is not yet available for your iPhone, but the operating system can already be tested by developers. This has already given us a good idea of what options, additions and improvements we can expect.

Curious about what iOS 15.4 has to offer? Then be sure to check out this article!