Very popular Bixby is not, but that does not stop Samsung from continuing to invest in their voice assistant. Thus, a new update recently appeared, and it is actually quite interesting. After downloading the update, the personal assistant can make you touch your smartphone less often. If voice assistants are meant for anything, this is it.

Google Assistant, Amazon Alexa and even Siri are better. But despite that, Samsung continues to put time, money and energy into its own voice assistant Bixby. Not only can that assistant do less, but it’s also less widely available. You only use Bixby on devices from the South Korean manufacturer. That’s pretty restrictive.

Anyway, the voice assistant is getting a nifty update this week. After the update, Bixby will be able to answer phone calls for you. This means that you no longer have to do this yourself, which means that you once again do not have to hold your phone as often. Still a bit of a strange idea that phone manufacturers do this sort of thing. 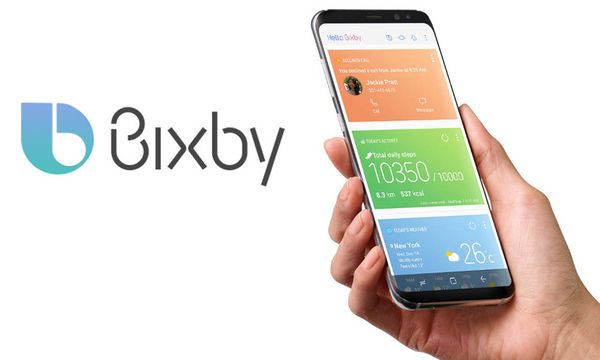 At least, you still have to take the call yourself, by instructing Bixby to do so through a verbal command. So the moment your phone goes off, you can yell for the assistant to pick up. This function currently works in two languages: only English and Korean. More languages will follow later.

You can do that, for example, with alarms and alarm clocks that you want to stop via a Google Nest Hub. It doesn’t save a whole lot of time, but possibly some irritation. The new Bixby feature is now only available for the Samsung Galaxy S22, Galaxy S22+, Galaxy S22 Ultra, Galaxy Z Flip 3 and the Galaxy Z Fold 3.