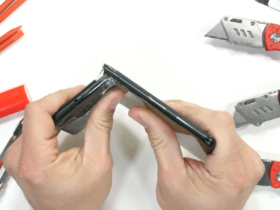 Phew: OnePlus 10 Pro is secretly a foldable smartphone after all

While there are consumers sitting around waiting for Android 12 to come to their modern smartphones, one developer is taking matters into his own hands. Although he does his trick on a smartphone that is now ten years old.

The Samsung Galaxy S3 has been equipped with the latest operating system by a developer operating under the name html 6405. This is what it looks like.

The year was 2012, the date May 29. It has been almost ten years since the Samsung Galaxy S3 saw the light of day. In that respect, the chance that there are still people using the device in the year 2022 is zero. The chance that Android 12 will be officially released for it is even smaller. But thanks to the work of html 6405, we can still take a look at the golden combination.

It’s not super fast, but Android 12 seems to work perfectly on the smartphone. This Samsung Galaxy S3 performs really well in terms of WiFi, Bluetooth, the camera and radio. Even video playback seems to work well in general. The only problems that are encountered are when entering your PIN, using NFC and with microSD cards.

A good look at innovation

The Samsung Galaxy S3 running Android 12 isn’t just funny to look at. It is also very interesting. It’s safe to say that the smartphone market has evolved a lot in the past decade. We always know that, but we don’t have an actual picture of it. Large differences, such as the processing power that a particular smartphone has, can only be seen when you look at the past.

In that regard, the Samsung Galaxy S3 is a very good reminder that smartphones today are incredibly powerful. Want to see more than just it? Then grab your old Galaxy S3, follow this link and get it for yourself. Thanks for the fun, html 6405! 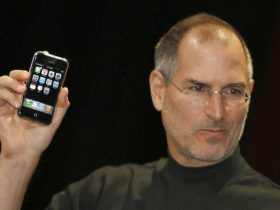