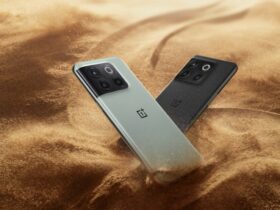 OnePlus 10T: 5 awesome features that the smartphone has

A brand new smartphone from a brand new brand is coming soon. OnePlus founder Carl Pei with his company Nothing will soon introduce the phone (1). A smartphone through which a new version of Android will also immediately appear on the market.

Last month we got to see the operating system for the first time and from now on it is possible to test it already cautiously. Before the smartphone of Nothing has appeared at all, that is. Ideal, although this advantage does not apply to every Android user.

Carl Pei already made the promise during the unveiling of Nothing OS that the system would be testable in April. Just before the end of the month, he put his money where his mouth is. Consumers with certain Android smartphones can now get started with the Nothing Launcher Beta. In this way it is possible to already get a small taste of the software.

By the way, keep in mind that you won’t get instant access to the entire operating system. The Nothing Launcher Beta is in fact a small demo of features that the software, and the new Android smartphone, will have.

How can I get started with it?

If you own a Galaxy S21, S22 or the two Pixel devices, you can already get started with Nothing OS. The system is based on stock Android, but wears a small layer in terms of appearance. Interested? The video below shows you step by step how to install the Nothing Launcher Beta.

Interestingly, the Launcher is not currently available for OnePlus devices. Remarkable, considering Pei founded the company himself. Android smartphones will have access at some point in the future, but we don’t yet know when exactly that will be.