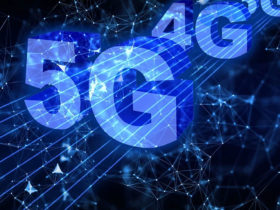 Does your smartphone have 5G or still 4G? Here’s how to check it!

A mother of a nine-year-old child watched her car get stolen with the child in the back seat. An iPhone then offered redemption, as that mother cleverly used the phone for tracking for her son. This situation took place recently in the U.S. state of Georgia, in the city of Atlanta.

We read reports quite often about Apple Watches saving lives. Apple’s smartwatch is often able to detect symptoms of underlying problems that a person was not yet aware of. And so there are plenty of unusual stories to be found about the Apple Watch. Now it’s the iPhone’s turn.

iPhone as a lifesaver

In early April, Jerrica Moore parked her car, with her son and the keys still in the car. As she stepped away from the car, a man saw his opportunity to appropriate the car for himself. He entered the car, a black Honda Accord, turned it on and then drove off. Right, with the nine-year-old son still in the back seat.

However, her son has an iPhone, which his mother then cleverly used to track down her son and car. She passed on the location data to the local police, who were then able to take action. The perpetrator was thus quickly tracked down, but still tried to flee. But to no avail.

Police apprehended the perpetrator and the child appeared to be unharmed. All’s well that ends well, then. But that’s no reason to leave your car – with or without a child – unattended, with the keys still in the vehicle. At the very least, take those things with you when you leave the car, especially when your child is left behind.

Nevertheless, it can be useful to address this moment as a reason to set Find My Now once in a while. After all, stolen objects, such as cars, and cherished goods, such as children, can be quickly found with it. You go to the settings from your iPhone, Apple ID and then iCloud.