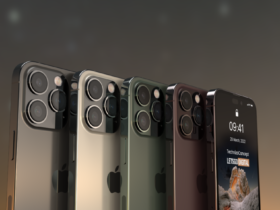 iPhone 14 ‘has delivery problems, but with minimal impact’

Hardly any phones are announced during the electronics fair CES. Nokia is breaking with tradition and introducing five new models that are also extremely affordable.

When we think of Nokia we naturally think back to the past. Before Samsung and Apple interfered with the cell phone market, Nokia was one of the largest phone brands. At the time, it competed with brands such as Motorola, Sharp and Siemens, among others. In the meantime, we do not see the Finnish brand very often anymore, but it is now coming onto the market with a number of new models.

Normally, announcements for cell phones are often about good, better, best. Brands like Samsung and Apple outdo each other with the different specs and features. These phones then also cost a pretty penny. Nokia takes a different approach and goes for the cheapest models. This year it will be launching five very affordable phones.

During CES 2022 HMD Global, now the maker of Nokia phones, will show a number of special models that will be launched in the United States. Of course, there is also a chance that these will come to the Netherlands. The special thing about these smartphones is that they all cost under $250, including one that supports 5G.

HMD Global CE Florian Seiche says why it was chosen: “Research shows that customers are looking for the best quality in their budget. This includes looking for a large screen, long battery life and a good camera experience. Nokia delivers this in every area.”