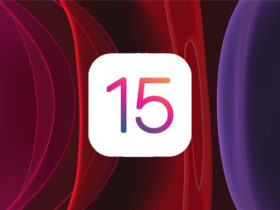 iOS 15.2.1: these improvements are now available for your iPhone

The Nothing brand may not mean anything to you right now, but that will change soon. The brand is coming soon with its first smartphone.

Nothing is still a relatively unknown name in the gadget world. Yet we can expect a lot from the new brand. Previously, it had already come up with its own earphones, which were highly successful. Now it is the turn of the brand’s first smartphone.

Many people are looking forward to the smartphone from Nothing. This is mainly because of the founder of the brand. Namely, that is the Chinese Carl Pei, or as they call him in China: Pei Yu. He founded OnePlus in 2013 together with Pete Lau. With that brand, he managed to gain a nice position in the crowded smartphone market. He left the company in 2020 to found Nothing where he can once again unleash his creativity. The brand should remove the boundaries between the digital future and humans.

The new phone is aptly named Nothing Phone (1). Much information about the smartphone is still unknown. During the release date the company will reveal all that. Then we will know the appearance and also what is under the hood. Perhaps the most important thing will also be revealed: the price of the device.

This is the date you can expect the device

Of course, you’re curious to know when the big release is for the Phone (1). Nothing has scheduled this event for Wednesday, July 12 at 5:00 pm. The release has been dubbed “Return to Instinct. So we are curious to see what kind of innovations we will see with the new device. Probably not much later the phone will go on sale.