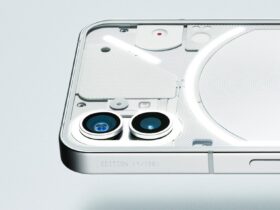 When the OnePlus 10 Pro was unveiled earlier this year, OnePlus did not tell us that we were dealing with a foldable smartphone. After a durability test, it now appears that this is the case. Only, you can only fold it once and it doesn’t seem to be quite the way it’s supposed to be.

There are many smartphones that manage to survive JerryRigEverything’s tests. OnePlus’ new flagship is clearly not one of them.

OnePlus 10 Pro foldable after all

We in the Netherlands are eagerly awaiting the OnePlus 10 Pro. The smartphone was announced in January this year, but then only appeared on the Chinese market. It will be the turn of the rest of the world later this year, although the enthusiasm will be a little less after today. The smartphone does many things well, but it doesn’t seem to be very durable.

YouTuber Zack Nelson, under the name JerryRigEverything, has been testing smartphones for durability for years. He looks at how well a device is resistant to scratches, how much damage there is when you drop it, and how strong it is. To find out the latter, Zack tries to bend the device in question. He certainly has to put some effort into that, but often fails. That the 10 Pro is an exception to the rule can be seen below:

Want to see the flex test right away? Zack goes all out with the OnePlus 10 Pro starting at 6:57.

Are you going to be bothered by this?

Just because Zack Nelson can break the OnePlus 10 Pro in half doesn’t mean you will anytime soon. As you can see in the video, the YouTuber puts in quite a bit of effort, and quite a bit of force, to bend the flagship. Please don’t try it at home, but the chances of you getting this done quickly are slim.

Still, it’s good to know that the OnePlus 10 Pro is thus more susceptible to such damage as other smartphones. Whereas Zack Nelson does have to apply a lot of force to get it done, there are many flagships that do pass the test.