The time has finally come! The Samsung Galaxy S22 series has seen the light of day. In addition to the Galaxy S22 Ultra, consumers will have access to two more devices: the S22 and S22+.

What exactly do these devices have to offer you, where is the difference ’em and how much do you have to pay for them? We put it all in a row for you in this article!

Anyone who sees the Samsung Galaxy S22 for the first time will immediately know what kind of smartphone this is. It seems, compared to last year’s model, to be a healthy upgrade. That is, the device doesn’t do a whole lot of crazy innovative things, but it is a significant improvement in some areas.

The Galaxy S22 has the following to offer: 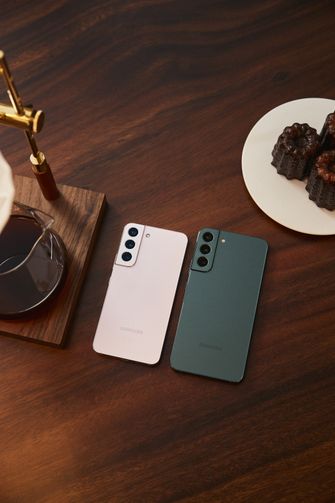 The difference between the two models

The Samsung Galaxy S22+ has practically the same to offer as the entry-level model, but does things slightly differently. For example, the smartphone is mainly slightly larger, which also brings related benefits.

The display of the Galaxy S22+ is not 6.1-inch, but 6.6-inch in size. This does use the same specifications. Although this is not true for the entire device, as the Plus model uses its space for a larger battery. Where the S22 uses a 3700mAh battery, the larger model makes do with a 4500mAh battery. One that can be charged not with an output of 25W, but an output of 45W.

With these additions, the Samsung Galax S22+ weighs almost thirty grams more at 196grams. The dimensions of the smartphone are 75.8mm x 157.7mm x 7.6mm. 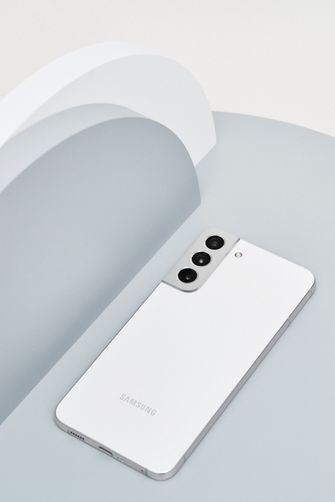 This is how much the Samsung Galaxy S22 and S22+ cost

The Samsung Galaxy S22 and S22+ are taking a little longer to arrive than the Ultra model. Starting March 11, you can order both devices in Phantom Black, Phantom White, Green and Pink Gold color options.

Samsung has the following prices for the Galaxy S22:

The Samsung Galaxy S22+ is on sale for: 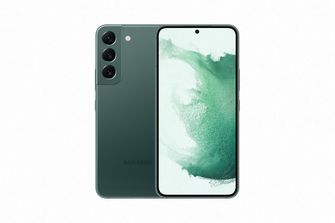 Green you must do! (Image: Samsung)