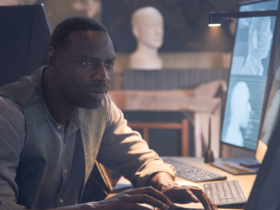 The battery tip that almost all Android users overlook

The Samsung Galaxy S22 Ultra, one of the smartphones announced by Samsung on February, is still a long time coming. At least, that is the rumor we are currently encountering online.

We understand heartily if this can cause a bit of confusion. After all, it did to us at the editorial office. The smartphone will see the light of day in just under two weeks, but it won’t be available anytime soon. What exactly is going on?

On February 9, 2022, we will finally get the chance to officially meet the Samsung Galaxy S22 Ultra. Over the past few months, we’ve already gotten a pretty good idea of the flagship device from South Korea through leaked information, images and hints. Still, it is always nice to see what the device actually has to offer and what Samsung’s motives are for going for certain choices. Although we can possibly question the timing of that announcement.

The world is suffering from a chip shortage, which means that various products are taking a long time to arrive. Consider, for example, the Tesla Cybertruck, which has already been pushed back to 2023. At the moment the market is anything but ideal and Samsung will also notice this. A South Korean leaker claims to have spoken with a company spokesperson, who is already letting us know what kind of storm is hanging over our heads.

According to the information, it could take up to three months before the Samsung Galaxy S22 ultra can be delivered at all. If that is actually the case, it might just take longer than the delivery of the Galaxy Z Fold 3.

Samsung is expecting that the Galaxy S22 Ultra will be sold A LOT compared to the production yield. They are also expecting that the delivery might take about 3 months if bad, which is worse than Galaxy Z Fold3. pic.twitter.com/POuFyorquC

How serious is the information?

It is very difficult at this time to determine which information is accurate and which is not. Over the past few months, we’ve heard so much about the device, including many of the same noises, that it’s pretty much a given that there are quite a few leaks within Samsung. But this information in particular does rattle something here and there.

The source is not incredibly well known, so that already makes the whole story a little trickier. There are people who talk about a bad reputation, but in Europe we haven’t had to deal with it very often. In addition, this kind of information is always difficult to assess, because the message can be interpreted in different ways. For example, it seems that he is talking about the worst possible situation.

Looking at the Galaxy Z Fold 3 reference he makes, there is already more truth to it though. The foldable device ran into quite a delay in Europe, the United States and the United Kingdom. Given that the popularity surrounding the Samsung Galaxy S22 Ultra is considerably greater, it is certainly not impossible. But do take the news with a large grain of salt.