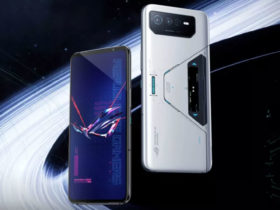 The Samsung Galaxy S22 Ultra and the iPhone 13 Pro Max are the two top phones on the market right now. Those who want the best of the best in the smartphone field are in the right place with both models, but who is the absolute king?

Over the past few months, I have used both the Samsung Galaxy S22 Ultra and the iPhone 13 Pro Max as my default phones. Through five categories, I’ll tell you what, in my opinion, is the best purchase.

The overall design of the smartphone has been largely the same for years. This is certainly also the case with the top models from Samsung and Apple. Which of the two companies scores the best in this area?

Borrowing its design from the Galaxy Note, the Samsung Galaxy S22 Ultra is certainly no small boy. Measuring 163.3mm x 77.9mm x 8.9mm and weighing 228 grams, you could safely call it a hefty phone. Still, by saying goodbye to the camera island and adopting a matte finish on the back, Samsung tackles this very well.

On the front, a large 6.8-inch display can be found. Thanks to the thin screen bezels and the hole-punch-notch in the center of the screen, it looks incredibly sleek. Thanks to the 1440 x 3088 resolution, 120Hz refresh rate and 1750 nits brightness, the quality is also incredibly good. 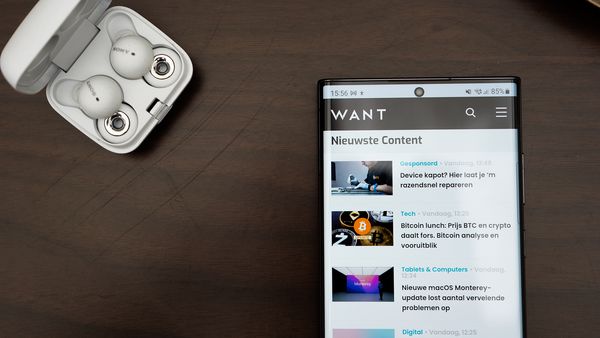 Let me get right to the point: the iPhone 13 Pro Max is heavy. The device weighs 240 grams, is 160.8mm high, 78.1mm wide and 7.7mm thick. Like the Galaxy S22 Ultra, this device also features a matte finish, but the edges are shiny. So keep in mind that you’ll have a lot of fingerprints.

The iPhone 13 Pro Max’s display, at 6.7-inches, is smaller than that of its opponent. The downside is that the smartphone still features a large notch, making the experience less impressive. In return, however, you get extremely good facial recognition (Face ID).

The iPhone’s display has a refresh rate of 120Hz, HDR 10 support and a maximum brightness of 1200 nits. Less than its predecessor, but no less impressive nonetheless.

The Samsung Galaxy S22 Ultra tackles it better than the iPhone 13 Pro Max in terms of design. Apple’s device may look a little more luxurious, but the overall experience is better with Samsung’s flagship model. Especially in terms of the display.

One point for the Ultra, then. 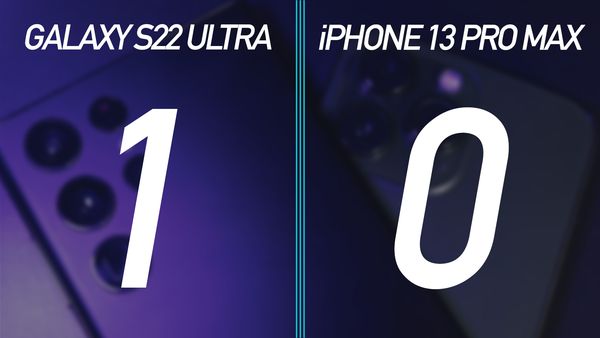 A long battery life is incredibly important for a smartphone. Especially at the time when you’re dealing with high-end specifications. Is that battery life not very good? Then it’s important that the battery can at least recharge quickly. Which flagship is the king?

The Samsung Galaxy S22 Ultra carries a 5000mAh battery. That’s 500mAh more than last year’s flagship model, but you won’t see it in practice. Part of the reason for this is the adaptive refresh rate that can reach up to 1Hz. You get, depending on how you use the smartphone, about 10 hours out of a full charge.

Charging, on the other hand, is fast. It is possible to charge the Samsung Galaxy S22 Ultra with a power of 45W. This ensures that the battery is about 67% charged within half an hour.

Apple takes a different approach than its competitors when it comes to battery, making the battery size comparison difficult. The iPhone 13 Pro Max carries a smaller 4325mAh battery, but lasts longer. This has everything to do with the chip and software Apple uses. It is possible to do more than 12 hours with a full charge. 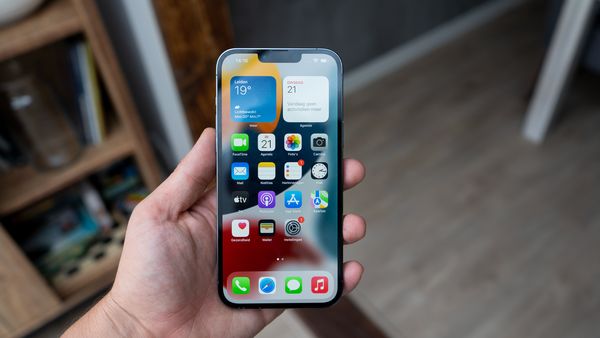 It should be obvious: those who want to get as long as possible out of their battery should go with the iPhone 13 Pro Max. The top-of-the-line model charges slower, but lasts two hours longer than the Galaxy S22 Ultra. It’s a difference that the higher charging power doesn’t equal.

This round is for the iPhone 13 Pro Max. 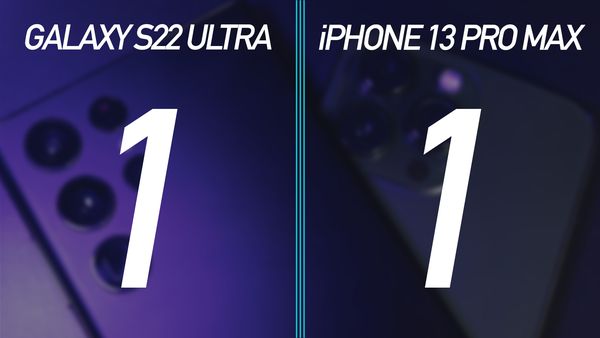 Power under the hood

Under the hood, several things can be found with a smartphone. Think about a processor, working memory and storage capacity. Although, logically, the optimization of the software also plays a big role. Is the Samsung Galaxy S22 Ultra or the iPhone 13 Pro Max the must-have in this?

In Europe, the Samsung Galaxy S22 Ultra carries the Exynos 2200 processor. The device comes with a minimum of 8GB of working memory and a maximum of 12GB of working memory. In terms of storage capacity, you have a choice of 128GB, 256GB, 512GB and 1TB.

The iPhone 13 Pro Max operates with significantly less working memory than the Galaxy S22 Ultra. Apple’s flagship model boasts 6GB of working memory, but manages to convert this into impressive performance thanks to the A15 Bionic chip.

Powerhouses, that’s an appropriate term for the two smartphones. The market has developed so much over the years that the difference is almost impossible to measure. Especially not through your own experience.

Looking purely at benchmark results, the iPhone 13 Pro Max is simply more powerful. So this point goes to the smartphone, although I don’t think you as a consumer are going to notice a whole lot of difference. 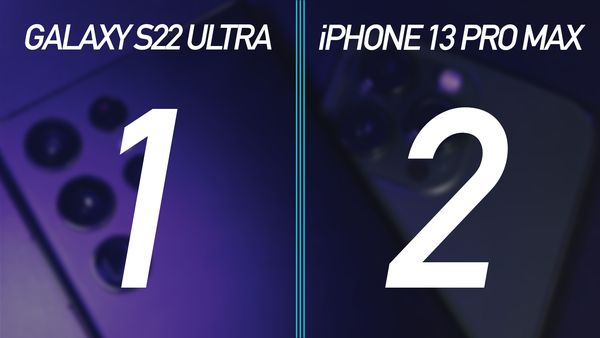 Photography is incredibly important with smartphones. Anno 2022, this is often the area where the biggest differences can be found. Do you love taking photos or filming videos? Then this is the smartphone you must have:

This year’s Samsung Galaxy S22 Ultra features an almost identical camera system to last year’s. The device has the following to offer:

It should be obvious: in terms of hardware, the Galaxy S22 Ultra seems to win over its competitor. Consequently, the smartphone takes incredibly tight photos and the zoom functionality is very impressive.

The problem, however, is that the Galaxy S22 Ultra doesn’t always get it right software-wise. Photos are quickly overexposed and colors too warm. In the process, problems with sharpness remain. 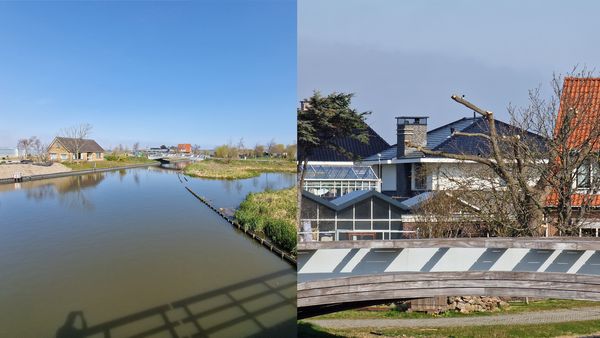 The iPhone 13 Pro Max features a triple-camera system that offers consumers the following:

As with all the other components, Apple tackles it mostly software-wise. In terms of post-processing, it’s a matter of taste what you like, but experience tells us that this camera system is closer to reality.

The iPhone 13 Pro Max takes excellent photos with the right brightness, color accuracy and manages to perform well in the dark.

Both smartphones manage to do incredibly well in the camera field and will satisfy many a photographer. The problem, however, is that they lean primarily on software, so it really comes down to a matter of taste.

In that respect, the iPhone 13 Pro Max really does come out on top. The photos are closer to reality in terms of clarity and color accuracy. Very important to us. 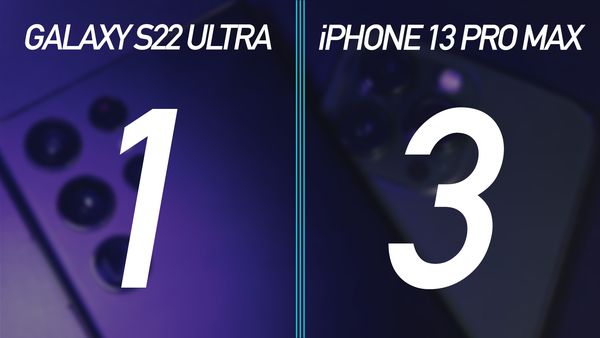 As mentioned, software is very important. Not only in terms of usability, but thus also in terms of optimization of the internal components. Does the Samsung Galaxy S22 Ultra or the iPhone 13 Pro Max do this best?

The Samsung Galaxy S22 Ultra runs on OneUI 4.1: a modified version of Android 12. The software is equipped with the necessary functionalities to keep the smartphone interesting. Think, for example, of a dedicated game mode and the ability to configure the smartphone entirely to your liking.

This is something that makes Android attractive to most users. Whereas with iOS you often have to rely on what Apple gives you, Google leaves you completely free. 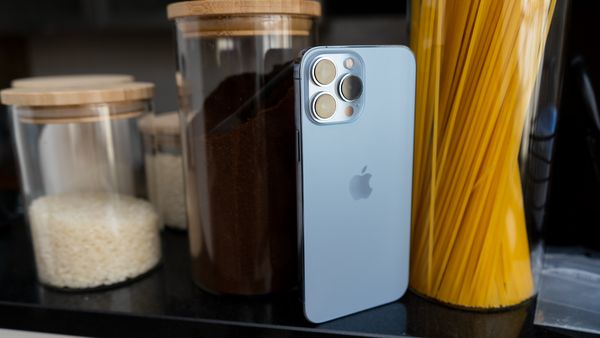 iOS 15 is impressive, but mostly behind the scenes. The software makes the smartphone perform better, the battery last longer and the camera system is taken to the next level.

In terms of usability, iOS is without a doubt the most accessible system on the market. For those who want to go a step further, and want to configure their smartphone completely according to their own wishes, they will find it especially limiting.

The battle between iOS and Android is one that unfortunately cannot be decided. To its credit, the Samsung Galaxy S22 Ultra does very good things, where iOS takes the entire smartphone to a new level.

So, as a consumer, it’s exactly what you’re looking for and that’s why we give both systems a point. 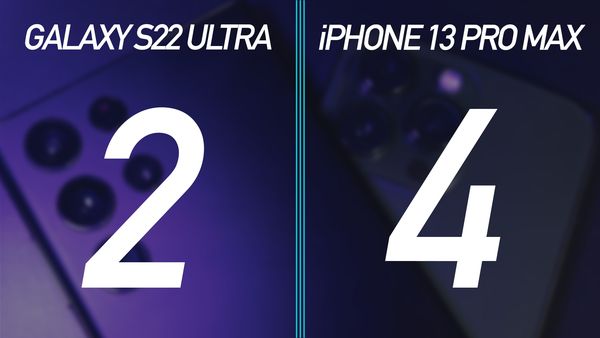 It should be obvious: the Samsung Galaxy S22 Ultra and iPhone 13 Pro Max are absolute beasts. On all fronts discussed, the devices easily rise above the rest of the market. But only one can be the best.