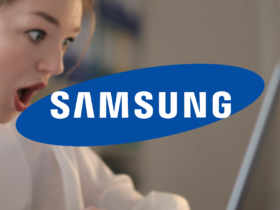 Samsung comes up with ideal change for smartphones

The Samsung Galaxy S22 series is coming. After months of rumors, leaks and even an official announcement, the devices will soon see the light of day. Samsung itself announces this.

It was previously revealed that a Samsung Galaxy Unpacked event was scheduled for February, but the exact date remained a secret for a while. Now we know that this event will be live on February 9, 2022.

On Wednesday, February 9, in exactly two weeks, we will hear exactly what the Samsung Galaxy S22 has to offer. Via Samsung’s official channels, everyone will be able to follow the presentation live. It is therefore possible to follow the live stream on the company’s website or watch it on YouTube. The presentation will take place at 16:00 hours Dutch time.

The invitation shows a large S with the caption The Epic Standard underneath. This, like a previous announcement, probably refers to the fact that the Galaxy Note series and the S series will be combined. The Samsung Galaxy S22 Ultra will be the device in the series that carries the best of both worlds.

A lot of things are already known about the Galaxy S22, including that the lineup will also consist of three different devices in 2022. In addition to the regular model, a Plus variant and an Ultra variant will be used again this year. Especially the latter seems to be making the biggest moves.

Indeed, the device looks an awful lot like a Samsung Galaxy Note, the popular series that the company discontinued last year. Whereas the Galaxy S21 Ultra did feature the iconic S-Pen, it was not possible to keep it inside the device itself. This will change with the Samsung Galaxy S22 Ultra. In doing so, Samsung is also doing away with the giant camera block and incorporating the lenses into the body of the device.

In any case, there is a lot to tell about the smartphones at this point. That is why we prefer to refer you to this page, where you can keep a close eye on all developments.

Samsung Galaxy S22: these are the European prices

Where the US prices for the Samsung Galaxy S22 were already out on the street for a while, earlier this week the European prices appeared as well. So we also already have a pretty good idea of how much consumers will have to pay over these new devices.

The standard Samsung Galaxy S22 will have a price tag of €849, where the Plus model will cost you at least €1049. Those who want to get started with the advanced S22 Ultra will have to pay a minimum of €1249.

Want to know more about all configurations and other prices? Then be sure to read the article above!