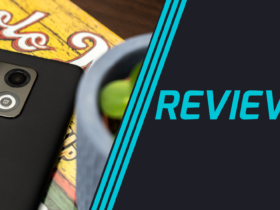 OnePlus 10 Pro: time to finally put the past behind us

With the departure of the Galaxy Note series, we can get ready, at the beginning of the second half of the year, for new foldable smartphones. Samsung is expected to launch both a new Flip and a new Fold.

One of those two devices, by the way, will appear in an extremely striking color option. At least, that’s what Display Supply Chain Consultants CEO Ross Young reveals today.

Do you love gold smartphones? Then maybe your ideal summer is coming. The new Samsung Galaxy Z Flip 4 may appear in a gold color option. That’s the message that Display Supply Chain Consultants (DSCC) Ross Young is putting out via Twitter. The man, given his position, has an extremely good reputation within the market.

In addition to the gold option, Young is obviously expecting more colors. Samsung may also release the Galaxy Z Flip 4 in Gray, Light Blue and Light Voilet. The current model is available in Cream, Black, Dark Green and Lavender colors. The latter option will make its comeback next summer in the form of Light Violet.

Gold Z Flip 4 should be interesting.

Not only will the Samsung Galaxy Z Flip 4 appear. Samsung is most likely also planning to launch the new Galaxy Z Fold 4. This particular model will appear in Beige, Black and Gray colors according to Ross Young. On paper, a lot less exciting than the Flip, then.

Where did the Note go?

No matter what the new foldable smartphones will look like, the Galaxy Note will not return in 2022. Samsung has long confirmed this, with the launch of the Galaxy S22 Ultra. Last year, there were already doubts about a combination between the company’s S line and Note line. Now that the Galaxy S22 Ultra comes standard with an S Pen, and it can also be stored in the device, there is no more doubt.

Wondering what we think of Samsung’s current flagship? Then be sure to read the article above!