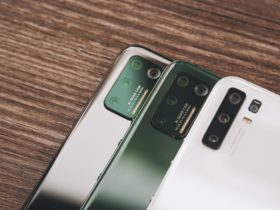 Need a new smartphone? Don’t fall for these marketing trends!

It looks like the upcoming Samsung Galaxy Z Fold 4 can count on an excellent camera upgrade, according to rumors. For a very short time it seemed that the South Korean manufacturer wanted to incorporate the camera modules into the chassis of the device. This now appears not to be the case (anymore).

But what does change that you can get excited about? According to the chatter in the corridor, rumor has it that the Samsung Galaxy Z Fold 4 can count on a main camera of no less than fifty megapixels. If this news is true, then the foldable model will be significantly better in terms of camera capacity.

When it comes to smartphone rumors, you should always have a grain of salt ready, especially when it comes to Samsung’s Galaxy Z Fold 4. Many “insiders” make all kinds of wild claims based on small bits of info. So far, however, no complete specs sheet has leaked, so we actually know quite little.

EXCLUSIVE: The camera layout of the Samsung Galaxy Z Fold 4 will not look like the one shared by Onleaks. Instead, it will look almost exactly like the one on the Z Fold 3. pic.twitter.com/2IignnOEta

We may also be dealing with the simple matter of wishful thinking. Many users are not really satisfied with the quality of the photos from the Galaxy Z Fold 3. The twelve megapixel camera can’t really compete with the photo violence on other smartphones, and that while the purchase price is not insignificant.

So there is room for improvement

So, while many owners of that Z Fold 3 are praising the compact size of the phone, the camera is disappointing. In terms of specs and usage, it is not entirely fair to compare the Z Fold 3 to other high end smartphones, but that high price still makes it possible.

That there is room for improvement is beyond dispute. The Samsung Galaxy Z Fold 3 is currently the best foldable smartphone you can buy (but whether you should want it is a second). But in terms of photos, it can certainly do better. Now it remains to be seen whether the company will actually use a better camera module.