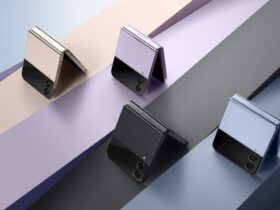 Why Samsung is lashing out at the new iPhone 14

The cell phone market has changed a lot over the years. Quite a few brands have been added, but also left. HTC may be returning from the latter group.

Producing cell phones can be enormously lucrative. Brands like Samsung and Apple make a lot of money from it. On the other hand, there are also many brands that have stopped. How about Blackberry, Siemens and Ericsson. Nokia also disappeared, but has now returned. This may soon be the case for another company as well. HTC seems to be making a comeback.

A comeback from HTC

During the early days of smartphones, no one had heard of OnePlus, Honor or Oppo. Around that time, besides Samsung, LG and HTC were the big brands for Android phones. LG has since stopped making smartphones and HTC sort of suffered the same fate in 2018/2019. There were occasional reports of smartphones that we ended up not seeing. It sold its phone patents to Google. By the way, that didn’t mean that the company stopped altogether, as it went to work on other products. For example, it focused mainly on AR and VR products, with which it was very successful.

Nevertheless, HTC now seems to be making a comeback in the smartphone market if we are to believe the usually well-informed South Korean DigiTimes. According to the medium, the Taiwanese company is gearing up for a new high-end device after years of absence. It should work seamlessly with its AR and VR products. It should be part of the company’s portfolio around the metaverse. 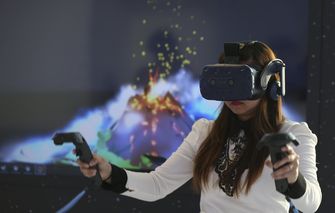 The company is focusing more on AR and VR these days. (Image: EPA/ALI HAIDER)

Still waiting to see if it really happens

Unfortunately, many details about HTC’s comeback are still unknown. Still, we do know something through this news. If a new device is going to support AR and VR, it should at least have a good processor in it.

Still, it remains to be seen if it will really happen. In 2020, for example, reports surfaced about a foldable device from HTC. This real one never saw the light of day. 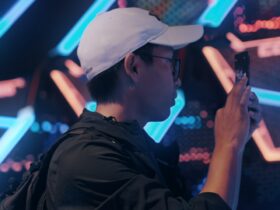