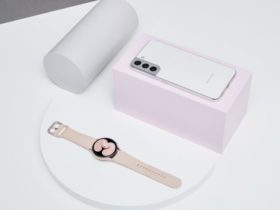 Samsung Galaxy S22 and S22+ official fact: what do they have to offer?

It took a while, but the bullet is in. Xiaomi officially announces to collaborate with the famous camera brand Leica. Both parties are working together on a smartphone that should be released in July 2022. Of course, the main focus of this phone will be on the capabilities of the rear camera.

German camera company Leica does like collaborations with smartphone providers. The most famous collaboration is the one with Huawei, which has been completely relegated to the background since the US trade ban. In addition, Leica also collaborated with parties such as Sharp and Panasonic, for their smartphones.

So now it is the turn of Xiaomi, which announced the collaboration via Twitter. In doing so, the company is also following in the footsteps of Vivo, Sony and Nokia, which previously consulted the expertise of another camera partner. All three smartphone manufacturers are working with camera manufacturer Zeiss.

Xiaomi and @leica_camera have officially reached a global strategic partnership in mobile imaging.

Combining the legendary image and innovative technology, let’s look forward to a new era of mobile photography in July! pic.twitter.com/GyFut9ZTlg

Vivo’s most recent device is the X80, which features camera technology from Zeiss. That such a collaboration is actually not unique is also shown by OnePlus and Oppo. After all, those companies get their camera technology from Hasselblad. Nevertheless, it is good to see that Xiaomi is entering the cooperation.

Although we don’t know anything about the upcoming device yet, it’s nice to know that the camera quality will improve. To what extent is yet to be said; but we cannot imagine that Leica will not have an effect. However, we will have to wait and see what the new camera sensors will do for the photos we take.

Further speculation is on the specifications of the device, as well as the name. Possibly the smartphone will get the new Qualcomm Snapdragon 8 Plus Gen 1 processor, which the company announced last week. And the name? It could be that the Chinese manufacturer is kicking off the Xiaomi 13 series with this. Time will tell.