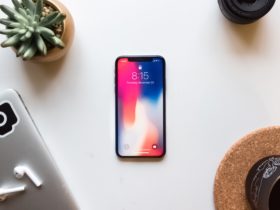 Five years after its launch, the iPhone X is suddenly easier to repair

Many Chinese companies release their new smartphones in their own continent first, before the rest of the world can get their hands on them. That happened with the OnePlus 10 Pro and it’s happening with the Xiaomi Redmi Note 11 series.

In October last year, the smartphone series, which consists of three different devices, already appeared in China. Today it becomes clear that the wait in Europe, and hopefully also the Netherlands, is over.

It is becoming clear on Twitter that the Redmi Note 11 Series is going to make its appearance worldwide. Under the banner of Rise to the Challenge, there will be a livestream to follow next week, where we will hear all the details surrounding the devices. It will mainly be about the details surrounding the release, as we have already been able to admire the smartphones for a while.

The live stream will be broadcasted by Xiaomi on its own website and on social media channels such as Facebook, Twitter and YouTube. Rise to the Challenge takes place on Wednesday, January 26 and will start at 21:00 hours Dutch time. Of course the livestream will also be available on our website.

Join us to witness the launch of this legend on January 26th at 20:00 (GMT+8)! pic.twitter.com/uAhHatRcN5

As mentioned, the event will be interesting mainly because of the details. The Xiaomi Redmi Note 11 series has been available in China since October. So what exactly the devices have to offer us is already somewhat known.

What is interesting to know is exactly which smartphones from the series are coming our way. In addition, we would of course love to know if and when the Xiaomi Redmi Note 11 will also come to the Netherlands and how much it will cost.

Xiaomi usually knows how to serve consumers in the Netherlands with the Redmi Note series, so the chances are pretty good that we will be able to get our hands on the device. But take that with a grain of salt, considering that’s just an expectation. 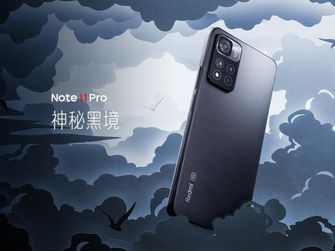 The Pro model in the series (Image: Xiaomi)

So China was up and running in October 2021. There, the Xiaomi Redmi Note 11 series consists of three different devices: the Note 11, Note 11 Pro and Note 11 Pro+. We mainly expect to encounter the first one in our country.

The Redmi Note 11 Pro Plus looks the same as the regular Pro, but features a faster charging speed. This model charges at 12oW, which is simply incredibly fast. Then again, the battery is smaller at 4500mAh.