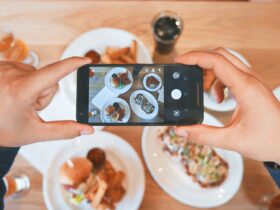 Netflix is immensely popular worldwide, but it may cost a bit thanks to several price increases. The monthly fee of at least €7.99 and up to €15.99 is reason enough for many consumers to share accounts with friends and family.

Sharing streaming services is something almost all of us have done or are currently doing. Still, at least in the area of Netflix, it’s smart to be a little more cautious about it. Not only is the streaming service getting more expensive, but apparently it’s also getting a lot stricter.

Netflix is completely fed up with people who share their accounts but don’t live at the same address. From a consumer point of view a smart action, but according to the streaming service anything but the intention. Previous attempts to stop account sharing failed, but that doesn’t mean the company won’t keep trying.

In a blog post, Chengyi Long, director of product innovation at Netflix, let it be known that the company is going to crack down harder. “Account sharing is having an impact and reducing our ability to invest in great new series and movies for our users,” he reveals. As a result, a trial period will start in three countries, with consumers having to pay extra. 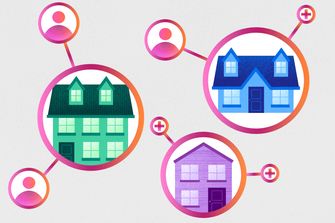 Sharing is no longer an option (Image: Netflix)

The moment you want to add an additional member to your account, the American company is going to charge for it. The test is currently in effect in Costa Rica, Chile and Peru. Given the different currencies, it is a bit difficult to estimate correctly, but keep in mind an amount of around €2.99.

By the way, with that amount the company makes it possible to take your profile from one account to another.

Streaming service makes it harder for itself

While the idea from Netflix is quite understandable, the streaming service is really making it harder on itself. The success of the platform is still waning, the content is less and less impressive, and the prices keep rising. Meanwhile, you can tap Amazon Prime Video, HBO Max and Disney+ for the price of a Netflix subscription where you get the same benefits. An unusual fact that many consumers, presumably, do get tempted by.

Netflix’s offerings have actually been getting less and less interesting for some time now, and they continue to do so. The rights to famous movies and series are in the hands of competitors. So what about the new movies and series? They are good, but in most cases do not reach the level of the past.

In that respect, I am also a bit afraid that the desired effect Netflix has in mind will only scare consumers away. Even though the company is fully within its rights to deal with such practices.