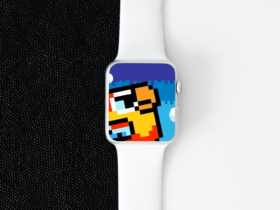 It was fifteen years ago today that Google Maps first appeared. Anno 2022, the application is among the most successful navigation options in the entire market.

To celebrate the anniversary, Google is rolling out a number of new features today. For example, Street View is getting a really cool new addition.

Back in time with Google Maps

Since 2014 it is possible, on the desktop version of Google Maps, to go back in time. For example, through Street View you can see how your childhood home has changed over the years. Or, of course, you can see what your current home looked like years ago. Not an earth-shattering change to the everyday use of the service. Very nice, though.

As of today, eight years after the feature appeared, it is also possible on the iOS app of Google Maps. Once you open a particular location with Street View, you get the option to change the date. You can then go back in time to 2007 to revisit your favorite locations.

This is how it works (Image: Google)

In addition to the ability to travel back in time, Google is also introducing the Street View Studio. This is a handy tool that allows 360-degree videos to be easily uploaded. The content can then be easily viewed back, sorted and saved.

Google Maps has received more useful features in recent times. According to colleague Jeroen, the new Immersive View function is one of the most impressive so far. In Google Earth it was already possible to admire certain buildings in 3D, but this functionality goes a step further.

Curious about what Google Maps has to offer in this area? Be sure to check out the above article Jeroen wrote about it. Want to stay informed about all developments? Then we gladly recommend this page!