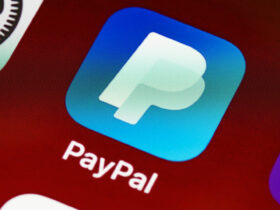 Why PayPal is a good alternative to a credit card

Microsoft Teams is getting an update before the end of the month that adds a feature many users have been waiting for. Thanks to a lot of working from home, we’re all doing a lot more video calling. But as a result, colleagues and business partners are (perhaps unintentionally) gaining access to your living room or bedroom.

And, of course, it’s nobody’s business how you arrange a room in your own home. That’s why it’s nice that Microsoft Teams is giving all users the option to blur their background before the end of the month. The camera and viewer will then focus only on you and not on all the stuff in the background.

That news is on the Microsoft website that contains a roadmap for Microsoft 365. It now says there that those running Microsoft Teams via a VDI (virtual desktop infrastructure) will also have the ability to make the background blurry. Specifically, this affects Azure Virtual Desktop and Windows 365 users.

It was previously possible to set a different background. In this way you hide, as it were, everything that happens behind you. But even that can still cause distraction, because you may be staring at a virtual room that does not exist. A blurred background removes all stimuli and gives you more focus on the conversation.

Feature is now there for everyone

Previously, it was already possible to blur everything in the background via Microsoft Teams. But this only applied to people using the app on desktop or mobile devices. So there was still a group of users who had to do without. But before March 1 you will receive the update that solves the problem.

Last month Microsoft released the same update for users who use Teams on the web. With this fresh update the American company will equalize the experience on all platforms, which is nice for everyone who uses the program.