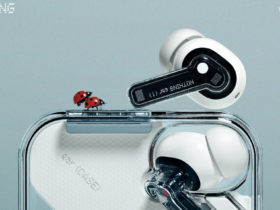 Nothing ear (1) now also offers support for Siri and Alexa

Elon Musk, of course, we know mostly from SpaceX and Tesla. Now the flamboyant billionaire also wants to play a role at Twitter.

Elon Musk is a true tech entrepreneur. He likes to build new companies. After joining Tesla, he set up SpaceX, The Boring Company and Hyperloop, among others. Investing in longer-established companies he doesn’t really do. Yet now he is making an exception for Twitter.

On March 14, Elon Musk purchased 9.2 percent of Twitter’s shares. The news now comes out through documents filed with the U.S. securities watchdog SEC. The shares represented a value of $2.9 billion on Friday. Those shares now appear to be rapidly becoming more valuable, as the shares rose substantially in trading prior to the stock market opening.

With the share purchase, he now has a larger stake in the company than Twitter founder Jack Dorsey. The latter owns only 2.25 percent of the shares. Musk is now immediately one of the company’s largest shareholders.

Elon Musk’s move can be called remarkable, since just last month he asked his followers for their thoughts on setting up his own social medium. He asked them this question after he had bought the shares.

In a series of tweets, he asked his followers, “Freedom of speech is essential in a working democracy. Do you believe that Twitter strictly adheres to this principle?”

What should be done? https://t.co/aPS9ycji37

Elon Musk is of course an avid Twitter user. With a large amount of shares, he naturally has even more power over the medium. Should, in his opinion, freedom of expression be compromised, he can of course easily intervene.

Musk does have to be more careful about what he does or does not post on Twitter. In the past he has been in trouble several times for speaking too much about Tesla. This influenced the share price.