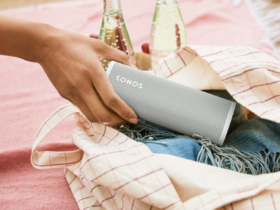 Elon Musk currently holds 9.2 percent of Twitter’s shares, making him the person with the most shares in the company. It was previously revealed that the tech entrepreneur would be entering the Board of Directors for this reason, but now it appears the opposite is happening. This is what Twitter’s CEO reports.

Parag Argawal is the brand new CEO of Twitter. In a tweet, which appeared online this morning around five o’clock Dutch time, he brings out the news that Elon Musk will not be participating in the Board of Directors of the social medium after all. The reason is actually very simple.

“On Tuesday, we announced that Elon Musk would be joining the board of directors,” Argawal said. “But at the time, that was still subject to a background check and a formal acceptance.” And that formal acceptance did not come, as the Tesla CEO decided not to join the board.

Elon has decided not to join our board. I sent a brief note to the company, sharing with you all here. pic.twitter.com/lfrXACavvk

Argawal believes this is for the best. “We value the input that shareholders share with us. Elon is our largest shareholder so we are always open to the input he provides.” Should you wish to read the Twitter CEO’s full statement, you can do so via the image in the tweet above.

Musk has his own ideas

Ever since it came out that Elon Musk owns nearly ten percent of Twitter shares, the entrepreneur has been tweeting about his own ideas for the platform. As always, it’s hard to know whether he’s serious or not. After all, Musk is not averse to a little trolling here and there.

Earlier, for example, he tweeted about the edit button for Twitter, a day before the company announced it was working on such a button. In addition, he wants people with a Twitter Blue subscription to also have a blue checkmark and for the company’s headquarters to become a homeless shelter. “After all, no one goes there.”